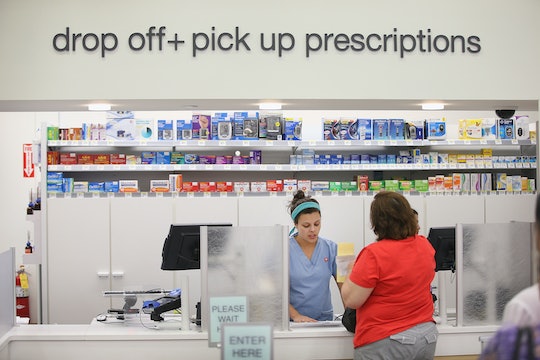 There's No Cure For The Flu, But Here's How To Make It More Bearable

With the flu at epidemic levels this season, every mention of the flu has me running for the hand sanitizer and searching Google for some sort of magic potion that will keep me and my kids from getting sick. At this point in the 2018 flu season, the Centers for Disease Control (CDC) has reported that every single state is experiencing widespread flu activity, for the first time in the thirteen years that the CDC has been monitoring the virus. With flu panic rising, you might well be wondering, is the flu curable? 2018's virus is really aggressive and doesn't seen to be slowing down anytime soon.

The flu is not curable, unfortunately, for all of us across the country. The flu is a highly contagious respiratory virus, according to Kids Health, and it can be especially dangerous for small children under the age of five and the elderly over 65 — these two groups are automatically at high risk for catching the flu and many have even been hospitalized because of the severity of their symptoms. Symptoms can include fever, headache, chills, loss of appetite, dizziness and nausea or vomiting. While it is often confused with the common cold virus, the symptoms are more severe. This year alone, there have been 30 pediatric deaths due to the flu, as reported by CNN.

Why is 2018 such a bad year for the flu? The strain of flu that is most prevalent this year, reported The New York Times, is the H3N2 virus, which is a notoriously vicious virus. Speaking with The Washington Times, Dr. Michael Chang, a pediatric infectious disease doctor at Memorial Hermann hospital in Houston, explained that it's unknown why the H3N2 virus wreaks more havoc than the other strains of flu virus. "Health officials believe it’s related to the virus’ ability to mutate more often and more quickly than scientists can develop a vaccine or humans can build up an immunity to it," he said.

Children under the age of 6 need to have two shots of the flu virus, whereas older children and adults only need one dose. Immunity begins to build up after two weeks, which might seem like it's too late for this season. However, The Washington Times cautioned there are still several weeks of high flu activity left in the height of the flu season, so if you haven't gotten one yet, don't hesitate any longer.

The H3N2 virus is also known to be a poor match for the current flu vaccine, and experts estimate it will only protect 30 percent of people from contracting the virus this year. However, The New York Times said the flu shot is still recommended because "even when the shot does not prevent you from catching the flu, it may save you from dying of it."

While there is no cure for the flu, there are steps you can take to protect yourself from the virus. First, the CDC recommended that everyone in your family should get a flu shot. Even though the shot might not guarantee immunity from the most prevalent, and dangerous, strain, it can help build immunity against all of the flu viruses, lowering your risk of contracting the sickness. Second, frequent hand washing with soap and water can bring down the risk of infection, as will avoiding sick people.

If you do catch the flu, there is antiviral medicine your doctor can prescribe that can shorten the duration of your symptoms, but the medicine can't cure your flu altogether, said the CDC. In addition, they warned that you need to begin taking the medication, like Tamiflu or Relenza, within the first 48 hours of your symptoms in order for the medicine to help. Time is of the essence.