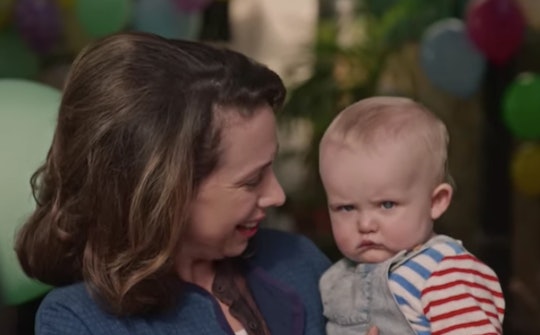 Fans Can't Get Enough Of 'The Letdown'

The Letdown returns to Netflix with a second season on Jul. 31, and it’s bringing viewers back into the chaotic mess of motherhood. The Australian series is centered around Audrey (Alison Bell), a new mom who is trying to navigate the exhaustion of motherhood while dealing with her husband’s job ambitions, her quirky friends, and personal issues with her mom. Season 2 airs with just six episodes, and fans are already looking for more. So, will there be a Season 3 of The Letdown?

As of now, there’s no news on a Season 3 renewal, so it’s too early to tell. The series comes from ABC Australia, and the network hasn’t announced any plans for a future season. Hopefully, as the year winds down, ABC Australia will make a decision one way or another, leaving fans with a clearer picture on the fate of the series.

Season 1 ended on a cliffhanger with Audrey finding out she’s pregnant. But in Season 2, Audrey reveals she chose to have an abortion because she wasn’t ready to have another child. Her husband, Jeremy (Duncan Fellows) has now moved away for work, and the two are dealing with the challenges of being parents who live apart.

The series is a comedy, but also covers controversial issues (like abortion) that plenty of parents can relate to. When talking to The Guardian, series creator and lead actress, Alison Bell explained that she wrote the show to reflect the sometimes dark and unexpected reality of parenthood. “We don’t want to judge anyone’s parenting in this show, because we’re not getting it right either,” she said. “The expectations are never met, that’s pretty much the thrust of the show; we’ve been fed so many versions of motherhood and most of them are pretty glossy, particularly our generation – But the point of this show was: [you] will have images of the kind of mother your want to be; you will not be that mother. And there’s nothing wrong with that.”

So where do Bell and co-creator Sarah Scheller get inspiration for Audrey and her chaotic, yet relatable mommy experiences? In an interview with Who, she noted some of the story lines are inspired by their own lives, but they’ve also incorporated stories from other women they know.

“[Audrey] is a fiction, but she hangs together with all these real-life experiences,” said Bell. “If our friends tell us anything funny or embarrassing, I start writing it down. I’m stealing everything from everyone. We’re shameless about that. We did it quite formally at the start – I sent questions out to people I knew and got feedback, then anyone who’s close to us knows anything they tell us is now up for grabs.”

Bell hasn’t said anything about a third season, but when talking to E! she did note that the positive response for the show is opening doors for her creatively. I guess fans will just have to wait and see if any of those doors open into Season 3.

The Letdown is currently streaming on Netflix.