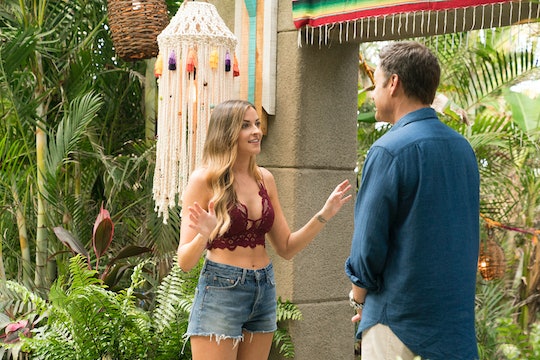 After appearing on The Bachelor and then Bachelor in Paradise soon after, Tia has become one of the more well known contestants in Bachelor Nation. So when she went home ahead of a rose ceremony and on her own, it was a little heartbreaking for viewers who were ready to see her find love. So is Tia single after Bachelor in Paradise? As far as social media clues go, the last time Tia dated someone was probably Colton, and now that he’s officially moved on to be the next Bachelor, it’s time for Tia to move on as well. And she seems more than ready to do that. After Tuesday’s episode of BiP when Tia and Colton broke up and each went their separate ways by going home separately, she posted a message on Instagram.

Under a photo of herself with Colton, Tia wrote, "Never ever regret following your heart. Things may not always work out as you planned, but they always work out as they should. Thankful that this chapter of our lives has ended so new chapters can begin. I truly wish you the best, C." The new chapters Tia was referring to were likely Colton’s upcoming stint as the Bachelor and, hopefully, her chance to find love outside of Bachelor Nation. And judging by that particular post, I’d venture to guess that Tia is single and ready to find love elsewhere.

Before BiP, fans saw Tia compete for Arie Luyendyk Jr.’s love on The Bachelor Season 22. She made it as far as the final four, but she was sent home ahead of the fantasy suite dates. When the season aired, Colton watched and tweeted about it, but more specifically about Tia. They then connected over social media and eventually, they even met in person. In January 2018, they spent a weekend together in Los Angeles, even though Colton was likely going to be a contestant on the then-upcoming season of The Bachelorette.

Colton did go on The Bachelorette, as fans know, but he later reconnected with Tia on BiP. As far as viewers know, Colton was the last boyfriend Tia had and right now, it looks like she’s still single. Of course there is the chance that she’s dating someone on the down low, but either way, she seems more than ready to move on from the whole Colton saga.

Just in case Bachelor fans are thinking that Tia will show up on Colton’s season of The Bachelor, though, that probably isn't going to happen. Shortly after Good Morning America announced Colton as the next Bachelor, Tia tweeted, "And NO I will NOT be a contestant on Colton’s season. Lord bless."

And, Colton assured viewers on Good Morning America, he has no plans to try and bring Tia into the fold as a contestant either. "We are finally on the same page for the first time in our relationship and we are just good friends," he said.

Since Tia did write on Instagram that she’s ready for a new chapter of her life to begin, though, you have to assume that she’s at least ready to move on, which is kind of a big deal. She spent the better part of BiP Season 5 vying for Colton’s heart and when they finally became a couple, she seemed elated. Even during Becca’s season of The Bachelorette, Tia seemed to harbor strong feelings for Colton, so their relationship on BiP was a long time coming. Since she’s apparently ready to move on from all of that, hopefully it means that a new relationship is on the horizon for her. Right now, however, it would seem that Tia’s likely single.