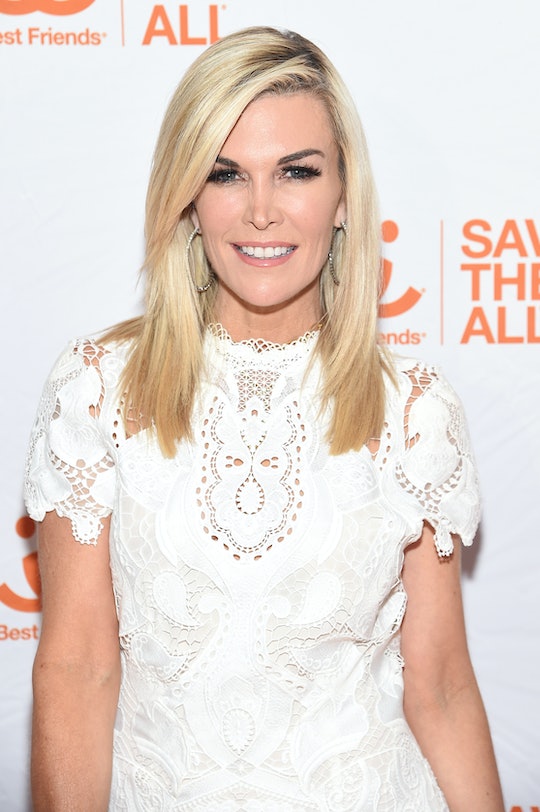 Tinsley Mortimer Wants A Baby But Is Emotionally Stuck On 'RHONY'

Tinsley Mortimer is well into her third season on The Real Housewives of New York City but one question has plagued her storyline since day one: is Tinsley having a baby? When she was first introduced to RHONY audiences, it was fresh off a stint living in Palm Beach, where she was in an allegedly abusive relationship and wound up getting arrested. Prior to that, she'd suffered a high-profile divorce from a wealthy New York City family. She joined RHONY looking to get back on her feet and back in the dating game, but her mother Dale was heavily pressuring her to get married and have kids ASAP.

At the time, it seemed like Dale's agenda, but these days, Tinsley is the one with a ton of anxiety around the situation while Dale has become more open-minded. It's not clear whether time and age or her mother influenced her, but at 43 years old, Tinsley has made very clear that she really wants a baby and even went so far as to break up with her on-again-off-again boyfriend of two years because he just wouldn't step up and make a commitment.

Now, Tinsley is single and says she's uninterested in dating, partly because she's processing her recent breakup and partly because, as she admitted in a recent episode, she has a tendency to jump from long-term relationship to long-term relationship. She wanted some time to regain her sense of self and figure out how to be happy and healthy alone. It's a worthy goal. But with an extremely tight fertility window at this point, a baby is pretty much now or never.

Tinsley did freeze her eggs (viewers memorably met them via FaceTime last season) and in last week's RHONY after show, Dale admitted that she's even offered to pay for a surrogate in case the clock runs out. But Tinsley insists on having a husband first and then a baby, while also firmly refusing to date, and, it seems, preferring to give birth on her own. Her castmates are trying to be as gentle as possible (some more successfully than others) in telling her that she simply can't have it all at this point. But Tinsley seems reluctant to give up on her ideal vision of the future. At some point, she'll have to work with the timeline and factors in front of her.

Tinsley is clearly stressed out and frustrated by the circumstances, which is completely understandable and heartbreaking to watch. But she also seems legitimately stuck and her support system is running out of ways to offer help.

On the bright side, as much as the Real Housewives franchise is known for its divorce curse, it also has a pretty good track record on delivering babies to women who really want them. The Real Housewives of Atlanta has had not one but three babies born to women who were struggling with making it all happen later in life: Kandi Burruss successfully conceived her son Ace through IVF at age 40 and is trying to have another child via surrogacy right now; Kenya Moore got married and had her first child last year at age 47; and Porsha Williams finally had everything fall into place with a boyfriend-turned-fiancé and a baby born earlier this year, at age 37.

So Tinsley is in good company and definitely has accessibility (ahem: money) on her side. She just has a few mental roadblocks to face down first.