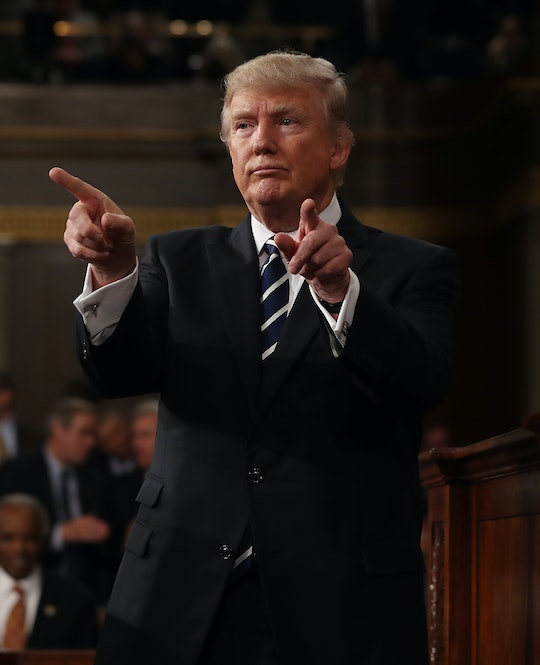 No Solid Backup Plan If Trumpcare Doesn't Pan Out

President Trump and the GOP have finally released their plan to replace the Affordable Care Act. Immediately, many people from both sides of the political aisles voiced their dissatisfaction with the plan — for different reasons, of course. So is Trumpcare the only Obamacare replacement plan or do we get any other options to choose from? For the time being, this is pretty much it.

Of course, first Congress has to repeal the ACA, which will take some time. And then they'll have to vote on Trumpcare. If you remember anything about the battle to get Obamacare passed in the first place, you know that nothing is going to happen overnight.

If you really dislike the bill, you're not alone. Both Democrats and Republicans have joked that the American Health Care Act — as it's officially called — is basically "Obamacare Lite," in that it's basically Obamacare, but strips away some very key and important provisions. Even conservative groups like the Heritage Foundation aren't happy with the plan and dubbed it "Ryan-care." Actually, Speaker of the House Paul Ryan and the president seem to be the only two people who are very, unconditionally excited about the plan. Trump tweeted on Tuesday morning, "Our wonderful new Healthcare Bill is now out for review and negotiation. ObamaCare is a complete and total disaster - is imploding fast!."

Ryan, too, breathlessly announced the new plan, saying in a statement, "The American Health Care Act is a plan to drive down costs, encourage competition, and give every American access to quality, affordable health insurance."

The new Secretary of Health and Human Services Tom Price might be coming from a different point of view, though. He called the new plan "a good start" and said during a briefing Tuesday that it was a "work in progress." With backlash and confusion about the details of the bill coming from Republicans, Democrats, and even the HHS secretary on Tuesday, the rollout so far has been far from smooth.

This plan was crafted by the GOP, hence the nickname "Ryancare," and it took Trump some time to come around to getting behind it. The new plan breaks some of Trump's campaign promises, like "insurance for everyone" and a pledge to not cut Medicaid.

On Tuesday, Trump addressed this on Twitter saying that this announcement was just one phase of the replacement plan's rollout, and that there is a "phase 2 & 3" to look forward to that might have some more of the things that Trump called for on the campaign trail.

It's important to note that Obamacare too was a work in progress and was meant to be amended and perfected over the years. It's a shame that the GOP and the Trump administration appear more concerned about getting their name on a bill and making health care less affordable for the majority of Americans — an estimated 20 million people would lose coverage with this plan — than actually crafting a healthcare bill that helps them.

So while this is the replacement that the GOP has been dedicated to working on so far (and the one that Trump has adopted), there could be changes and amendments yet to come from the administration, or even a new version later, should this one not pan out. But for now, this is the one somewhat-solidified bill with which Americans are faced.