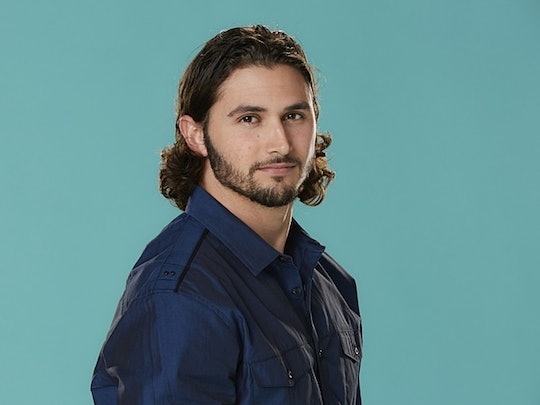 Is Victor Single On 'Big Brother 18'? He's Ready For A Showmance

For better or worse, showmances are a pretty much guaranteed part of every season of Big Brother. They happen even though they're likely to get contestants evicted, and sometimes even when one of the participants is spoken for back home. One contestant who's very ready to get involved in one of these sticky romances is Victor Arroyo, the 25-year-old gym manager from Louisiana. Is Victor single on Big Brother 18? You bet.

Victor has said that he plans on using flirtation and a possible showmance as a sort of strategy this season. In his CBS profile, Victor said that one of his strategies for winning the game is "Wooing the girls and having them like me." I can't see how that could possibly backfire. In his CBS profile Victor has also said that he "loves women" and "I'm always looking for the next girl to talk to and I'm never satisfied with what I have." He furthermore lists "get women" as part of his life motto, after "get my money", and "develop my body." I'm really not sure how well this bona fide flirt and self-described ladies man act will play in the house, but it will almost certainly be entertaining to watch.

Some hamsterwatchers have already begun speculating that Victor and Natalie, who is "single as a Pringle" will strike something up. They were both born outside of the United States, and have very high opinions of their own attractiveness, so let's see how this blossoms. To Entertainment Tonight Victor said:

"I’m open to a showmance, especially if it helps my game, and I could be genuinely interested in that girl. But just got to keep my eye on the $500,000. That’s why I’m here."

It looks like Victor is employing the same strategy as Season 16's Cody, by simply being extremely flirty with everyone. He's also said, "If a showmance comes up, that's a possibility. If not, flirt with as many girls as possible. Pull a Cody." From the looks of things, Victor is very single, and very likely to stay that way, since even he says he has a hard time sticking to just one girl. Charming. But how far will this strategy get him?