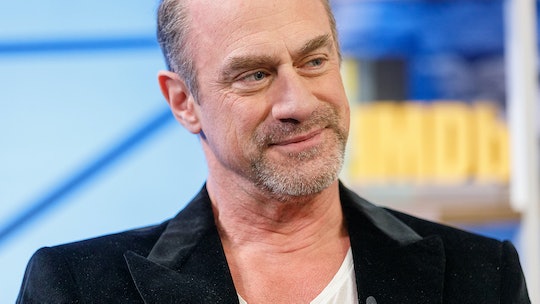 Is Commander Winslow Gay? 'Handmaid's Tale' Teases A New Arc For The Waterfords

Serena Joy and Fred Waterford found a pair of new allies in The Handmaid's Tale Season 3. And no, they didn't join forces with June and the resistance. In the Jun. 25 episode, titled "Household," the Waterfords went to D.C. and met Commander George Winslow and his wife, Olivia, in an attempt to regain a few status points in Gilead. While Commander Winslow's large family and power were highlighted in the episode, George's interest in Fred had fans questioning the new commander's sexuality. But is Winslow gay? The Handmaid's Tale just got a little more complicated.

“I think we used the strength and the power that Chris Meloni brings. He’s a presence, in life and on camera, on stage," Littlefield said. "And yet there’s a wonderful complexity, and then even how he’s relating to Fred and the physicality and I think, ‘Wait, what’s going on here?’ I think it becomes quite intriguing."

Then following the release of "Household," Littlefield opened up about the very real possibility that Commander Winslow is gay. He told TV Line:

He might be. There’s this fraternity and connection that he has with Fred. We later see his sexuality toward a woman… We talked a lot about how much we lean into that. It’s absolutely within him, which is also the fascination of what’s going on. This is a choice he made, but what’s still inside him, what are those urges, and what comes out? We thought that was another layer to play, particularly in Chris [Meloni], who’s so masculine that it’s pretty fascinating.

Fascinating, indeed. As anyone who watches The Handmaid's Tale would know, Gilead isn't exactly known for treating people within the LGBTQIA+ community with respect. The dystopian society considers anyone who isn't straight as a "gender traitor," who would likely be sentenced to death or sent to the Colonies. So of course, it would be interesting to see what would happen to a highly-ranked Commander who happened to be gay.

But, it doesn't look like fans will get a direct answer anytime soon. Even when breaking down the pool table scene in "Household," Meloni explained that Commander Winslow's physical affection towards Fred was up to the viewer.

“I thought of it as a nice touch,” the actor disclosed to Entertainment Tonight. "Everyone has their own interpretation of it… It’s what your brain tells you it was."

However, Meloni then shared that his closeness to Fred was intentional from an acting perspective. "I intentionally positioned myself in such a way and engaged Joseph in such a way — it was all intentional," Meloni said, pointing out that he "thought of them as animals, you know, literally dogs sniffing each other’s a**es [to find out] who’s alpha."

In the same ET article, Littlefield also hinted at Winslow's sexuality. But given the setting, the commander will probably choose to remain hidden for the time being.

“In another world, who knows what that outlet might have been for Winslow, but we’re in Gilead," the EP told the publication. "We’re in the most extreme version of Gilead in D.C. that we’ve ever seen. So do we peek at it? Yeah. How far do we go there? Well, we’re in Gilead in Washington, D.C.”

That said, it looks like Commander Winslow will become one of this season's biggest catalysts. So get ready.

“If you were here to hate the Waterfords, then just wait," Littlefield laughed. "He’s a man of voracious appetites."