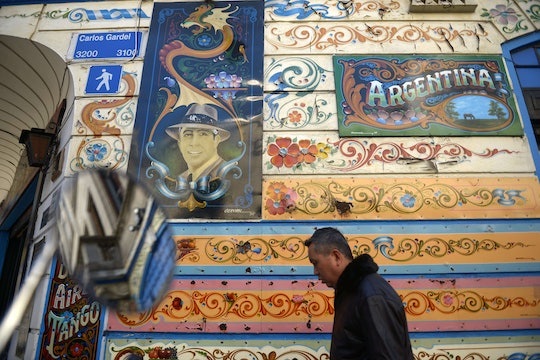 Is Zika In Buenos Aires? There Aren't As Many Cases As Neighboring Brazil

Zika: it's what everyone is talking about these days, especially if you are planning on travelling south this summer. Those bloodsucking Aedes aegypti mosquitoes that transmit the Zika virus to us humans are causing scientists no end of headaches as they try to contain the spread of the virus and develop a proper vaccine. Now that the 2016 Olympic Games are officially underway in Rio De Janeiro, the world is holding its collective breath for the athletes and their families, hoping they won't be affected. But what of other major cities in the southern hemisphere? Has Zika hit Beunos Aires, for instance?

Update: Joseph Foley, an employee of the Buenos Aires City Government, said there have been no Zika cases reported in the city. There are still cases of Zika in Argentina and Zika is being transmitted locally throughout Argentina.

While neighboring Brazil has been hit especially hard with the Zika virus (at last count by the World Health Organization, there were more than 91,000 cases of Zika infected patients in Brazil), Argentina has not been hit quite as hard. The Zika virus is especially dangerous to pregnant women and their infants as it has been linked to microcephaly (a congenital disorder when the brain does not grow properly) as well as other neurological defects. As of March, health officials in Argentina had only reported nine confirmed cases of Zika throughout the country, at least one of which was presumed to be sexually transmitted.

Despite the fact that there appear to be significantly fewer cases of Zika in Buenos Aires, the Center for Disease Control and Prevention (CDC) has issued a Level Two Alert for travelers heading to the area.

One of the reasons for the Level Two Alert could be the outbreak of dengue fever in Argentina, which is also spread by the Aedes aegypti mosquito. As of April, two people had died from dengue fever, and over 18,000 cases of confirmed dengue had been reported by local health officials. Dengue fever is a tropical virus that causes nausea, fever, and severe pain in the muscles and joints of its victims. In some cases, dengue can even result in death.

After the Argentinian summer died down in April, the mosquito population died down as well and the cases of dengue fever dropped off. And since the Zika virus is concentrated in the northern part of Brazil (nearly 200 miles away from the Argentinian border), Buenos Aires might not see a big surge in cases of the Zika virus. But that doesn't necessarily mean the rest of the country won't be hit. According to The New York Times, Jorge Osorio, a professor of pathobiological science at the University of Wisconsin, believes Argentina could still see an outbreak of the Zika virus.

I think the conditions are there for Zika outbreaks. We have a mosquito population and we have people traveling from Argentina to Brazil.

Now that Argentina has seen a small break in cases of dengue, let's hope they don't see a rise in the Zika virus.