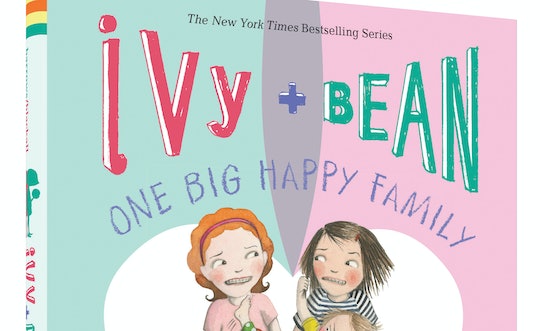 After A 5-Year Hiatus, Beloved Children's Book Characters Ivy & Bean Are Back

I freely admit it: I adore children's books. Many of them are better-written and more entertaining than the adult bestsellers. Sometimes I joke that I became a teacher just so I could get to read Eric Carle and Anna Dewdney every day. So when I found out that there was a new Ivy + Bean book just published this week, I literally squealed for joy. (Don't worry; I don't think anyone heard.)

If you have a first- or second-grader in the house, you probably already know all about Ivy + Bean, in which case, you and your child are squealing for joy, too. If you're not familiar with this series, that's awesome, because the only thing better than reading a terrific kids' book is introducing other parents to that terrific kids' book and watching the happiness carry on.

The series, written by Annie Barrows and illustrated by Sophie Blackall, debuted in 2006 with the first book, Ivy & Bean. It follows a pair of 7-year-old girls (who also happen to be neighbors), bookish Ivy and chaos-loving Bean, who dislike each other at first, but who become allies when Bean realizes Ivy might be able to help play a prank on her mean older sister.

This new release, Ivy + Bean: One Big Happy Family ($15, Chronicle), is the 11th book in the series, and the first one since 2013, so this comes as long-awaited news for young readers (and their parents) who've been hoping to read more I+B adventures. Why are these literary besties so popular? Here are just a few of the reasons: