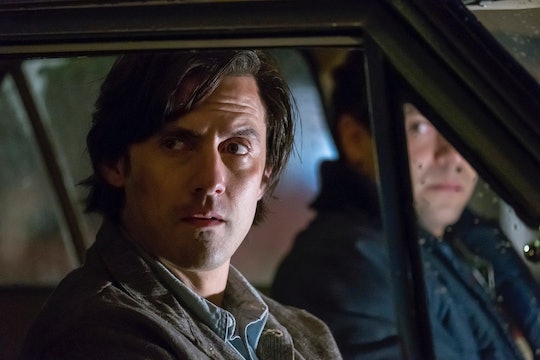 'This Is Us' Season 2 Theories About Jack's Fate

When the season finale of This Is Us came and went, a lot of fans were surprised by the lack of emotion they felt. Or, rather, the lack of tears that were streaming down their faces when compared to the usual Tuesday night cryfest. But the finale was full of cliffhangers for each member of the Pearson family, including Jack and Rebecca in the past, which is why Jack theories for Season 2 of This Is Us are more important now than ever.

As the first season came to a close, Jack and Rebecca’s marriage was heavily tested in the past, but viewers were not (as many had hoped) let in on the how and why of Jack’s death. Even so, if gave fans a look into the raw and gritty side of what marriage can be and a lot of fans, though disappointed it wasn’t as good, as say, the Memphis episode, found that refreshing.

This Is Us creator Dan Fogelman told Us Weekly that the story of Jack’s death on This Is Us will unfold over time rather than all at once, as we all saw in the season finale. But since Season 2 is a whole other set of episodes to showcase the Pearson family backstory, the Jack theories for Season 2 of This Is Us are already rolling out.

Season 2 of This Is Us won’t likely return until September 2017, but that only means that there is a whole lot of time until then to speculate on Jack’s death. With William gone, Kevin possibly starring in a movie, Kate soon to be singing, and Randall apparently adopting a baby, there are certainly a lot of things to fill up Season 2, but Jack’s death has always been an event lingering on fans’ minds.

So let’s take a look at some of the best Jack theories for Season 2 of This Is Us.

This theory has been coming up a lot lately, given that in the flashbacks, the Pearson kids are teenagers around the time of Jack's funeral. Redditor polythene_dust has suggested that, given both Kevin and Kate’s fears of planes, Jack’s death could be as a result of the 9/11 terrorist attacks. But the fact of the matter is that in reality, the Big Three would all be around 20 years old by that time, so the timeline doesn't quite add up. But then again, I guess you never know with this show.

He Already Died & His Last Scene Was Imagined/Dreamed

This is a heartbreaking doozy, to be honest. But a few different fans on Twitter have posted the fan theory that Jack already died either before or after he met with Rebecca in Cleveland. And that big, amazing speech he gave her in the morning before he winked and walked out? Just a beautiful dream sequence.

If you notice in the scene, Rebecca doesn't say much and she doesn't stop him as he leaves. That could be because she’s just speechless and later, the two will make up before his death. Or it could signify that he’s already dead and this is his way of saying goodbye to her.

He Died In A Fire

Another Redditor, justessforall1, posted the theory that Jack died from a fire in the Pearson home. Their theory states that Kate left on a curling iron and went out to a party or with friends. Jack, home alone, fell into a drunken sleep, and was killed in the fire. It would possibly bring back the firefighter who took Randall to the hospital and would also bring back around the connection to Kate being unintentionally responsible for Jack’s death.

He’s Actually Not Dead At All

I know, this is totally wishful thinking and basically just torture. But for every fan who wants to know how Jack dies on This Is Us, there may be one who is still in denial. On Twitter, fans have been hopeful and on Reddit, Ricardop27 posted that Jack may have gotten into a car crash and lost his memory. His father was notified and, since he didn’t know Jack had a family, never told them. Meanwhile, another victim’s burned body in the crash is identified as Jack’s and that’s whose ashes the family has.

He Was Killed By A Drunk Driver

On the flip side of all of the theories that had been floating around about Jack dying on the ride to Cleveland to see Rebecca at her show, maybe Jack was eventually hit by a drunk driver. In the season finale, he told Rebecca that he would start going to meetings and get clean, so maybe, according to Redditor agnestheresa, his own drunk driving was foreshadowing his death to come.

Until Season 2 of This Is Us premieres, there will probably be no answers about Jack and even when the premiere comes, it doesn’t necessarily mean that the big fight night will be revisited right away in the flashbacks. Still, Jack is the patriarch of the Pearson family and like it or not, his death has become a driving force in the series, so fans will learn what happened eventually once and for all.