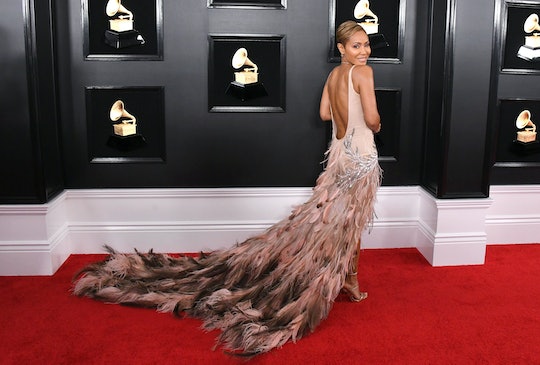 It's one thing to keep a marriage going over the long term, through the stresses of juggling family life and work life and, well, life life. But add in being under the microscope of fame and it's a whole additional layer to deal with as a couple. On the most recent episode of her Facebook Watch show, Jada Pinkett Smith speaks honestly about the realities of relationships and it's really refreshing to hear, given that she is wed to one of the most well-known stars on the planet.

As Us Weekly reported, Pinkett Smith, who has found even more fans as a result of her Facebook Watch show, Red Table Talk, isn't above dishing on her own personal life.

Talking with show co-hosts Adrienne Banfield Norris, Pinkett Smith's mom, and Willow Smith, her daughter, the Girls Trip star noted that she has mastered some crucial life lessons to make her 21-year-marriage to Will Smith work.

"Let me tell you, nobody talks about the sacrifice, the deterioration, and the dissolving of fantasies, and idealism," the actress explained to her familial costars as well as two guests, actor/director Justin Baldoni and rapper Wale.

"I always feel like we fall in love with the goddess or the god within that person, and then when we actually meet the human being, then we gotta learn how to love that one," Pinkett Smith explained.

"Relationships mirror, they show us ourselves. I mean, that's what I've learned," Pinkett Smith added.

Pinkett Smith went on in the episode to say that the key to her marriage has been to challenge herself to think about things differently.

"I can’t ask somebody to be for me what I am not willing to be for them," she shared, as per The Independent.

"And what I realized in my partnership with Will was that I was asking him to be a lot of things for me that I wasn’t willing to do for me," she continued.

As Pinkett Smith told People regarding her video series, she had two important reasons for doing the project to begin with.

One was about dialogue, with Pinkett Smith noting that societal topics that are meaty and maybe even uncomfortable for some, such as racism and feminism "are the topics that excite me most to bring to the Red Table."

The other motivation for Red Table Talk was those dearest to her, the star said, noting that one day daughter Willow won't have her grandma and mom around to speak with but "she'll have these Red Table Talks to look back on ... it's just a beautiful legacy to leave for three women of a family."

While discussing misconceptions about love with the male guests on the most recent episode, Pinkett Smith noted her unconventional arrangement with Smith has worked, as per USA Today: "There have been several occasions where you just had enough and you want to leave and I just couldn’t. Or Will just couldn’t. Because we knew this was what was meant to be: this partnership. No matter what the form is. We had to redefine it. We don’t call ourselves married anymore — we’re in a life partnership."

In fact, the actress previously noted she and Smith — who Us Weekly added are parents to Jaden, 20, and Willow, 18, as well as Trey, 26, Smith's son with ex Sheree Fletcher — don't necessarily even celebrate their anniversary together.

"Watching [my parents] over and over again just kind of solidified this idea of like, it's really not about right or wrong, it's about understanding," added Willow during the episode, about her parents' evolution as a team and the way a relationship should be.

I just love Pinkett Smith's authentic, no-Hollywood-fakeness-here dialogues. From having discussed having biracial kids with Grey's Anatomy's Ellen Pompeo to having her hubby himself on the show talking their relationship, you really never know what insights you are going to get.