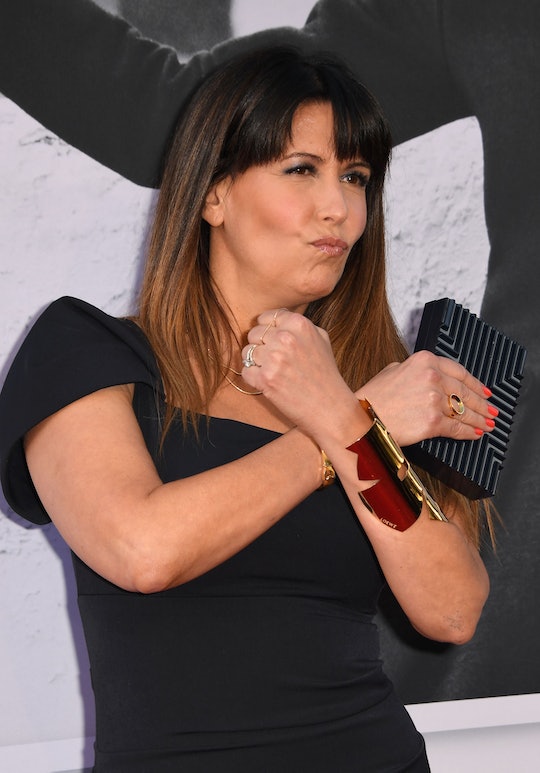 James Cameron Slammed 'Wonder Woman' & The Director's Response Is Everything

There's nothing so obnoxious as a man explaining to women how feminist icons should be portrayed. Particularly when that feminist icon is our one and only Wonder Woman. Recently, Titanic director James Cameron slammed Wonder Woman, and director Patty Jenkins responded in the absolute best way.

Cameron, who has patted himself on the back for decades as a true visionary when it comes to creating feminist icons like Sarah Connor in Terminator and Rose from Titanic, took umbrage with the recent superhero flick. As he told The Guardian in a recent interview:

All of the self-congratulatory back-patting Hollywood’s been doing over Wonder Woman has been so misguided. She’s an objectified icon, and it’s just male Hollywood doing the same old thing! I’m not saying I didn’t like the movie but, to me, it’s a step backwards. Sarah Connor was not a beauty icon. She was strong, she was troubled, she was a terrible mother, and she earned the respect of the audience through pure grit. And to me, [the benefit of characters like Sarah] is so obvious. I mean, half the audience is female!

To be clear; Alex Abad-Santos of Vox wisely noted that this is the same director who once spoke to Playboy in 2009 about adding breasts to the Avatar aliens simply for the sheer visual pleasure of it. And also let's not forget Jamie Lee Curtis' stripper pole moment in the 90's classic True Lies, directed by self-described feminist hero James Cameron.

But hey; thank you, James Cameron, for the epic lesson in mansplaining. Social media came down hard on Cameron for his attack on Wonder Woman, and didn't mind sharing their feelings on Twitter.

And now, finally, the director herself has decided to respond to Cameron. On Thursday night Jenkins took to Twitter to call Cameron out for his insinuation that the only way a female character can be seen as an icon is by "earning the respect of the audience through pure grit" like Sarah Connor (also who the hell said Sarah Connor was comparable to Wonder Woman, I ask you?). Jenkins summed up the hypocrisy beautifully :

James Cameron’s inability to understand what Wonder Woman is, or stands for, to women all over the world is unsurprising as, though he is a great filmmaker, he is not a woman. [I]f women have to always be hard, tough, and troubled to be strong, and we aren’t free to be multidimensional or celebrate an icon of women everywhere because she is attractive and loving, then we haven’t come very far have we.

Everything about her measured, thoughtful, gutsy, female response is so utterly perfect. Because men don't get to define what a strong woman looks like, how they should be portrayed, or why we should feel how we feel, not even if they're famous directors.

Also I say again... Sarah Connor and Wonder Woman? Not even in the same league.