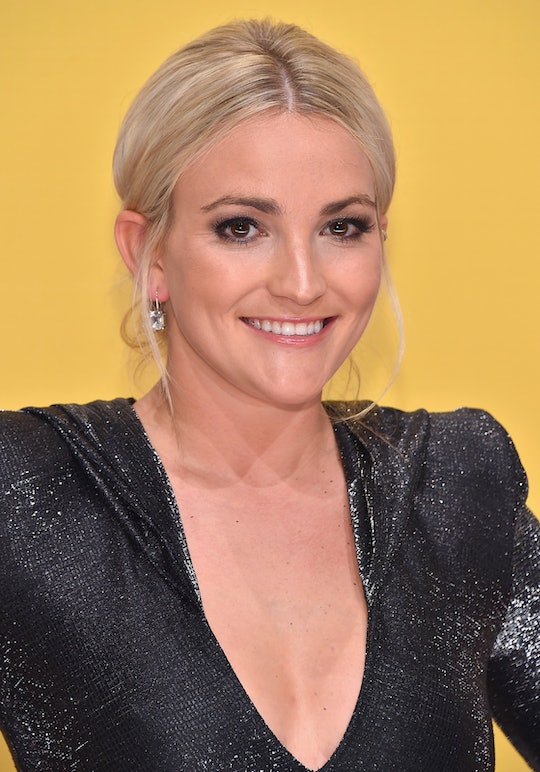 It's been more than a decade since she announced she would become a mother at 16, as Zoey 101 wrapped up its TV run, making headlines and attracting paparazzi everywhere. Now a mother of two, Jamie Lynn Spears revealed how being a pregnant teen in the public eye was, understandably, overwhelming at the time in a new interview with Nylon.

Shortly after Zoey 101 wrapped in 2007, Spears announced that she and her high school sweetheart Casey Aldridge were expecting a child. Some fans, convinced the show ended because of Spears' pregnancy, became angry. The press was unkind. And despite her attempts to hunker down — she bought a house in the "middle of nowhere" — the paparazzi were relentless. "Everywhere I went in Mississippi for that whole nine months, there was always paparazzi on me," she shared with Nylon.

But the negative press was nothing compared to facing the people in her life who mattered the most. "You have your first love, or what you call love in high school. You think it's forever, and then, oh my gosh, I'm pregnant. I am mortified to have to tell my parents this and my family this. I do not care what TMZ thinks about it," she told Nylon in the same interview. "That was all I was thinking about: 'These are the people I love that I have to tell, and also, I'm pregnant. There's a human being growing inside of me, and I'm so young, I'm almost a baby myself.'"

Still, as she told the magazine, Spears wanted to provide "some sense of normalcy" for her daughter, Maddie, who is now 12. She knew it was just a matter of waiting out the press, and that meant laying low. She also knew she was going to have to grow up fast. As she told TODAY in an interview earlier this year, "That baby doesn’t care what age you are. I needed to step up."

Spears and Aldridge split up in 2010, the same year she met her husband, Jamie Watson, whom she married in 2014. In April 2018, the pair welcomed a daughter named Ivey. Seeing Maddie with Ivey for the first time, she told People, was transformative. "I have never felt more complete in my life," she told the magazine.

It's that sense of peace and completion that has allowed Spears to feel that she can begin to focus once more on her career. Her re-release of the Zoey 101 theme-song "Follow Me" will drop later this week, as she revealed on Twitter, and she's working on both a reboot of the tween sitcom as well as the Netflix romantic drama series Sweet Magnolias.