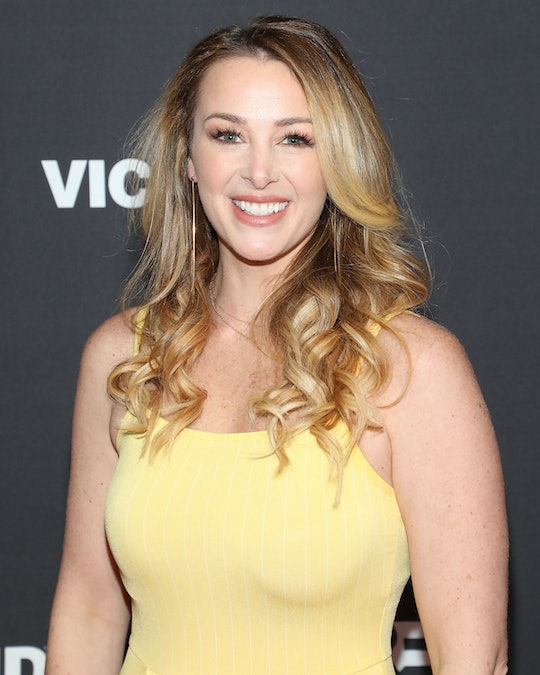 "I Felt Like I Failed As A Mom": Jamie Otis Talks Losing Her First Son

Married at First Sight alums Jamie Otis and Doug Hehner have a lot to be thankful for in the new year, as they're expecting a baby boy in May. The couple just learned the baby's sex ahead of Thanksgiving, meaning their 1-year-old daughter, Henley, will have a baby brother to dote on very soon. But Jamie Otis opening up about losing her first son, Johnathan, is a reminder that new joy doesn't always erase heartbreak. And Otis' honesty about still wishing Jonathan was here is as real as it gets.

After struggling to conceive, Otis and Hehner announced in September that they're expecting their second child. Their excitement has led to plenty of pregnancy updates, including Otis' weekly bump shots. The 17-week shot shared on Monday took on a serious tone, as the former reality star revealed this marker was when she lost her firstborn, Johnathan, in July 2016.

"Tomorrow (17wk, 1day) is the exact gestation I delivered our first born son, Johnathan," she captioned a shot of herself holding a memory box for Johnathan. "Every time I get to this point in a new pregnancy it takes me back to that moment when I held him in my arms."

Otis also opened up about how it felt to lose Johnathan, writing, "I felt like I failed as a mom. I remember holding him so close to me and promising him I’d never forget him and I’d never stop honoring his short life."

Perhaps anticipating comments from fans chastising her for not being supposedly thankful enough for her current pregnancy, she said, "Let me tell ya, I am SO HAPPY I’m pregnant again. I am thankful beyond words. But I also wanted *that* pregnancy....THAT baby boy."

Addressing fans who might be in a similar situation, Otis concluded, "If you’re someone who’s suffered a loss-don’t let anyone make ya feel 'crazy' or 'weird' for wanting to keep your baby’s memory alive. It’s not 'strange' at all. I understand you & I can also tell you that there is HOPE."

Otis' point about grief and joy co-existing is important. Because although she and Hehner are thrilled to welcome a new baby in May, it doesn't erase the existence of Johnathan. Well-said, mama.