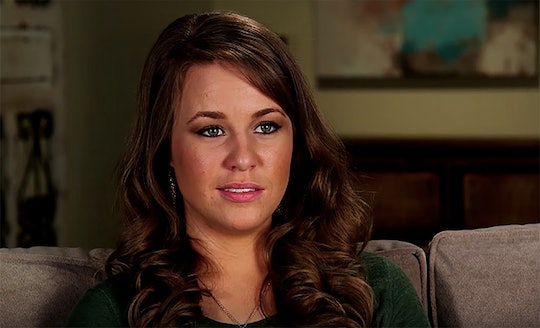 It might be a controversial opinion, but Jana Duggar is possibly the closest to being a feminist in her family. I know, I know. The family members starring in TLC's Counting On aren't exactly known as feminists (matriarch Michelle Duggar has shared some *interesting* ideas about a woman's role in the past, for example). But her daughter Jana seems to be quietly living her best life regardless of what her clan might think. Still, marriage is an ever-present topic for the reality star, and in a recent interview, Jana Duggar opened up about feeling "pressure" to get married. But don't worry... I have a feeling this woman isn't going to cave to the expectations of her loved ones just yet.

Jana's younger sisters Jill, Jessa, Jinger, and Joy-Anna have all gotten married and had babies in recent years. Ditto her twin brother John-David and younger brothers, Josiah and Joseph. As it appears, the Duggars of Tontitown, Arkansas are big fans of getting married young and having babies right away, with most of the adult children following this tradition. This is not the case, however, with Jana. She continues to live at home with her parents and help raise her younger siblings. And although this might not sound like an ideal life to everyone, Jana made it clear in a recent chat with Counting On producers that she's creating a life on her own terms.

Jana admitted that she often feels pressured to get married by friends and family but realizes there are plenty of things she can do that her married siblings might not be able to. She explained, according to Us Weekly:

There can be that pressure, I guess. Everyone’s always giving their suggestions. Some will pressure in some ways, I’m like, ‘Y’all when the time comes.' If I was sitting here waiting to get married, I think that would be more depressing but instead, I really look at this as, OK what are other things that I could be doing right now that maybe I can’t do later? I’ve really enjoyed the different opportunities that I’ve had [like] travel; even still being able to travel with my family that maybe my married siblings can’t do.

She went on to admit that she has done her fair share of courting over the years (the Duggar version of dating that generally leads to marriage), but nobody has felt like the right fit for her:

None of them worked out. Different ones of us have been in relationships, courtships, whatever you want to label it as. Of course, it doesn’t always end in marriage and that’s OK. You have to sometimes talk to someone, get to know someone and realize, you know what, it doesn’t have to end in marriage.

Jana Duggar is prioritizing her own happiness and well-being over getting married, which I think is pretty amazing. She gets to travel around the U.S. and visit family (like when she went to California recently to visit sister Jinger Vuolo and her family), while spending time doing things she feels passionate about. Working in her garden on her parents' property which is, by all accounts, a marvel. Not to mention running her own Instagram page as the only female member of the Duggar family to have social media pre-engagement.

These are all pretty simple concepts for many women in 2019. But for a member of the Duggar family? Jana Duggar might be the most effective rebel of them all.