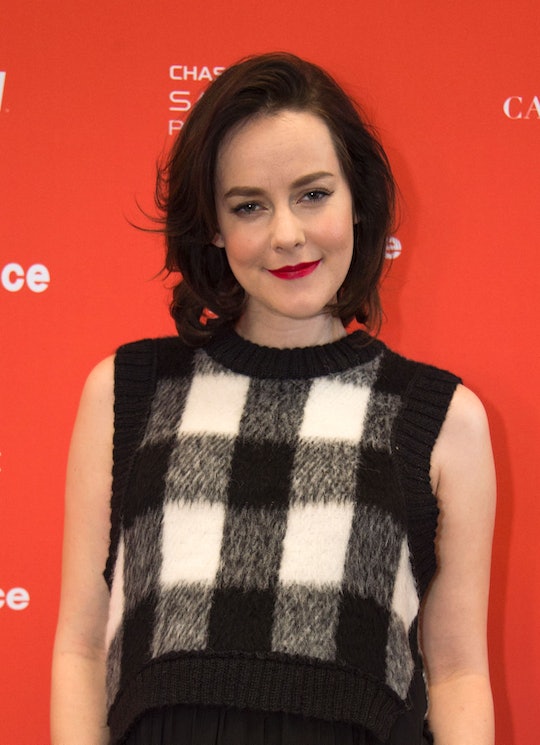 There's a new member in the Hunger Games family. Jena Malone gave birth to her son with boyfriend Ethan DeLorenzo over the weekend and he's already stealing hearts. The 31-year-old actress announced the little one's birth on Instagram Tuesday, posting a picture of the whole family, with the caption, "The best weekend of our lives!!! What an incredible blessing to be chosen by this amazing, kind, gentle and beautiful soul to be his parents."

Malone added, "Humbled and in complete awe that we get to experience the most ancient and transcendent love that exists." And get a load of his name (which Malone mentioned in the caption as well): Ode Mountain DeLorenzo Malone. I mean, come on. This is the first child for both parents and their excitement is all over the place. DeLorenzo also posted a video of them cuddling little Ode — I am obsessed with this name — and wrote a little welcome message. It looks like true love all around.

The couple just announced their good news in January and they have been feeling the good vibes since then on social media. For her announcement post, something apparently most celebs have to think about these days, she shared a poem that she said she had written years ago.

It's actually pretty gorgeous. She wrote:

Womb to womb to beating wing, I climbed out of the eternal and into the shape of me

Malone then explained what those words meant, writing,

Some words I wrote years ago when I was thinking about my own mother. And the woman she was when she had me. And the woman I was reaching to become. The shape your desires make out of you. The body you become to hold your dreams. It's with two feet firmly on the ground and a heart swelling in an ocean of love that I'd like to share the new shape I am becoming to hold the greatest dream of them all.

Unlike some in the spotlight (here's looking at you, Ryan Gosling and Eva Mendes), the couple have been sharing a lot of personal thoughts and images with the public since their baby announcement. DeLorenzo is a musician and a photographer, so he's the genius behind all of her Instagram glamour shots documenting her pregnancy.

A few weeks ago, Malone posted a "babymoon" photo on the social network, posing naked on the beach. It's like a hipster paradise. She wrote another little ode to Ode about how nice it was so sleep under the stars, "growing a human with the simplest of ingredients."

It looks like in real life, Malone isn't as stony as her Hunger Games character, Johanna Mason, at all. Everyone is a softie at heart when it comes to new babies.

Still, the actress is hard at work. Malone recently filmed an upcoming thriller about a beauty obsessed model Elle Fanning called The Neon Demon, which comes out later this month. Let's hope they can get Ode to bed before the premiere — getting him to sleep in a few months will be hard enough without nightmares.