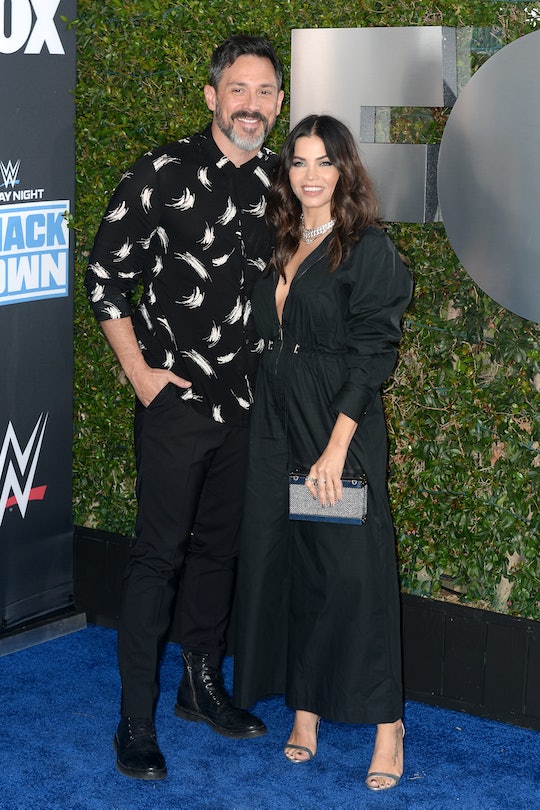 Fans of actress and mama-to-be for the second time, Jenna Dewan, were beyond thrilled late last month when she announced the upcoming arrival of her first child with actor and musician Steve Kazee. Although the dancer has a lot of experience when it comes to parenting, Jenna Dewan's boyfriend Steve Kazee says he's "nervous" about fatherhood, and it's totally understandable why.

Kazee will become a father for the first time when Dewan gives birth to their child sometime in 2020, according to People. This period of waiting is such an exciting and monumental time in a person's life. But at the same time, there can be a lot of nerves during this period, too. There is a ton to think about and plan for over the course of nine months, right? So you can't blame Kazee for having some kind of nerves surrounding his girlfriend's pregnancy.

On Friday, Oct. 4, Kazee opened up to Us Weekly about the situation for the first time since Dewan made the news of her pregnancy public on Sept. 24, noting that he's as excited as he is scared.

Although there are some nerves there, Kazee told Us Weekly that he's beyond ecstatic about becoming a dad for the first time. "There's no way to even begin to describe how excited you are at this moment, but we're beyond," he said. "We're very happy. It's an incredible experience. I'm like, every day, just in awe of the fact that there's a life growing inside of this human being that I love so much."

Aww! The way he talks about Dewan is too sweet. Just from these words alone, you can tell that the couple is more than ready to meet their newest addition next year. Kazee is also excited for Dewan's 6-year-old daughter Everly with ex Channing Tatum to meet her little sister, noting, "I was an only child so I'm thrilled she's going to have a sibling now. It's great."

This is Kazee's first time opening up about Dewan's pregnancy since he shared the news in an Instagram post on his account in late September. In the message, Kazee only had the sweetest things to say about Dewan, her daughter, and their future as a family. "I have learned so much about parenting already from watching how amazing Jenna is with her and Evie has taught me so much about what it means to love and communicate with a child and I can't wait to give her a sibling and make our family a little bit bigger," he wrote.

Dewan and Kazee reportedly have been dating for a little more than a year, according to Harper's Bazaar, and what a year it has been. They have so much to look forward to in the future, and Kazee can turn to Dewan for a few pointers if he ever feels like his nerves are getting the best of him.