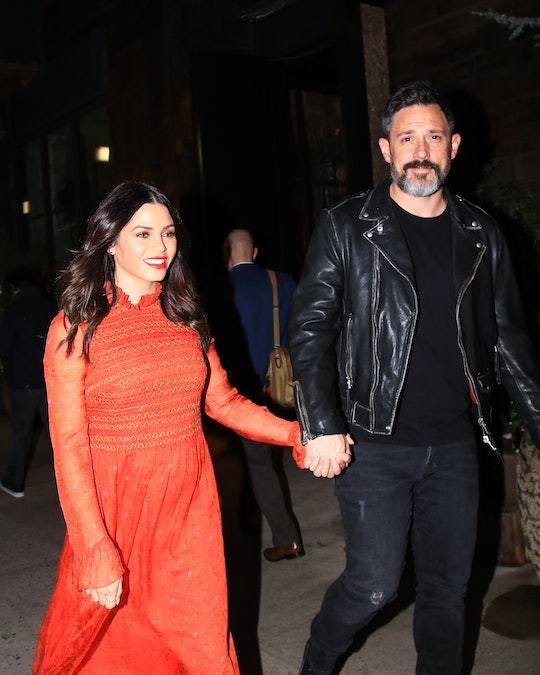 What's in a name? A lot, if you ask a parent. So when it comes to Jenna Dewan's newborn son, it's no surprise his name has a special meaning to the family. You can tell that the new mom and her fiancé Steve Kazee put a lot of thought into little Callum Michael Rebel's name.

Dewan and Kazee welcomed their first child together on Friday, sharing the happy news on Instagram several days later via a black-and-white photo with a touching caption. "And just like that, our hearts exploded into all of eternity and beyond. Welcome to the world you little angel!" she wrote, before sharing her son’s name and birth date. In a separate post, Kazee also announced the news with a photo of their baby's tiny hand. “In an instant our universe burst wide open and nothing would ever be the same. Welcome to earth star child," he wrote.

After receiving questions about baby Callum's unique name, the couple decided to share some background on Kazee's Instagram Story. “We’ve had lots of questions about the name we chose for the little peanut so figured I would share a few things," he wrote before explaining that Callum means "Dove" in Gaelic, which they chose "because he has been so sweet and peaceful since landing in our arms."

As for the rest of Callum's name, Michael is Kazee’s middle name, and Rebel was chosen after his mother Reba. "I wanted a way to honor my mother. Her name was Reba but from a very young age her father called her Rebel. And so … Callum Michael Rebel Kazee was born," he wrote on Instagram.

Dewan and Kazee have been busy soaking up all the baby cuddles and enjoying their new addition. The proud mom — who also shares 6-year-old Everly with ex-husband Channing Tatum — posted a sweet breastfeeding photo to her Instagram Story on Friday, writing, "So. Happy." over the shot.

The early days with a new baby can be a blur of snuggles, struggles, and sleep deprivation. But as the little family adjusts to their new life with Callum on board, it looks like they are taking every opportunity to celebrate their peaceful little boy.