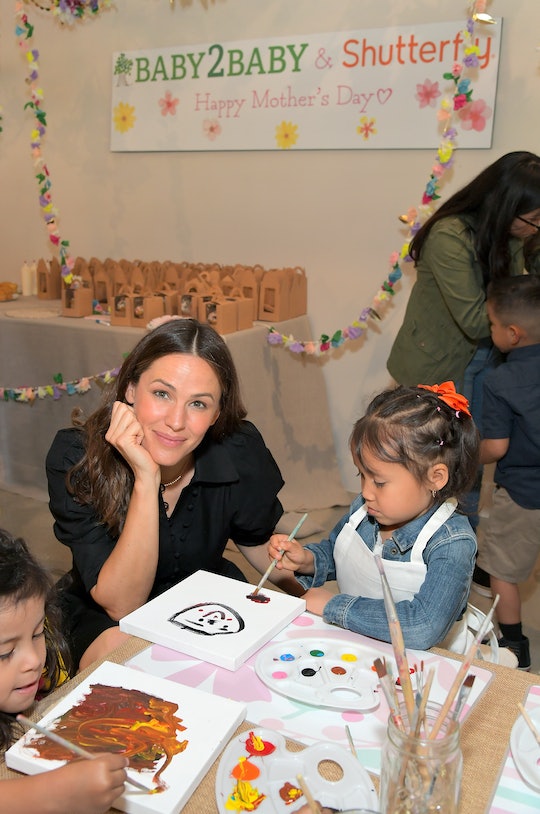 Jennifer Garner is a beautiful human being. I say this despite never having ever met her and also having no frame of reference beyond her social media platform and her philanthropic work. But it's enough. Garner always seems to use her celebrity status to highlight issues so many other people might shy away from because they're too difficult to think about, especially children. Because let's face it, that's rather the hardest thing, isn't it? Imagining children who are struggling. But it happens and we need to talk about it. Garner opened up about the "beauty of kids" during a recent visit to a migrant shelter at the southern U.S. border, and her compassion is utterly inspiring.

Global charity Save The Children has opened programs in New Mexico as a response to the humanitarian crisis at the U.S./Mexico border. The organization has set up two Child Friendly Spaces (CFS) at migrant transit sites in New Mexico in an effort to give children the opportunity to recover from what could have been a harrowing journey to the U.S. border to seek asylum. As Save The Children reports, more than 500,000 men, women, and children have come to seek asylum in America since the beginning of 2019. And as difficult a journey as it might be for adults, it is especially hard on kids. These CFS centers work to provide migrant children through thousands of trained volunteers who read to them, play music, do art projects; offer them a sense of normalcy.

Which is exactly what Garner seemed to want to do when she visited one of these centers at a transit site in Deming, New Mexico last week.

The 13 Going On 30 actress and mother of three spent time with migrant children and their families simply by being there with them. Trying to read to them in her self-described terrible Spanish, talking to parents and kids, playing games. All of the small things children around the country take for granted. As Garner noted in a clip for an NBC Nightly News special about the work Save The Children are doing at the border, the resilience of these little people is overwhelming:

I get to see the beauty of kids in the worst of circumstances. They’ve gone without baths, without food, without medical care. They’re here, happy to hear me butcher Goodnight Moon because they’re children.

Families at these centers are usually there for two to three days before volunteers help them prepare for travel with clothing, snacks, and toys for the children often donated by local families. To date 7,000 people have been helped at these new CFS centers, as per Save The Children.

Garner has been working with Save The Children for more than five years and has committed herself to fighting against rural poverty in America, as per CNN, which is a harsh reality for around 1 out of every 4 children in the country.

Because the reality is, children need people like Jennifer Garner. Someone who is deeply committed to helping them grow and learn and thrive. Someone who won't forget them.

And someone who reminds us not to forget them as well.