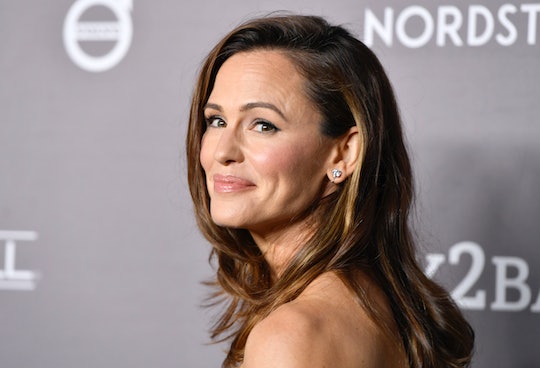 After posting a photo of her adorable pumpkin carving creation on Instagram over the weekend, Jennifer Garner had to shut down pregnancy speculation once again with a short but firm message in all caps.

In the photo that had some fans curious, Garner is sitting cross-legged on the floor and smiling from ear-to-ear with her freshly-carved creation in her hands. The actress' pumpkin also smiled while sitting in its own "home pumpkin" with windows and doors carved into it. The entire thing is seriously impressive and just plain creative.

"When you and your jack-o'-lantern share a vibe...," Garner captioned the photo.

While most of her fans could not get over how cute the actress looked in her festive photo, others thought this meant that Garner was hinting that she was pregnant with a little pumpkin of her own. "I thought this was a pregnancy announcement for a hot second," one fan commented on the photo. But Garner was quick to shut that idea down.

"STILL NOT HAVING MORE BABIES," she replied. "Good grief, I didn't even see it, I just saw matching smiles."

Garner has been adamant in the past that she is done having kids, but this is not the first time she has had to shut down pregnancy rumors in recent months. After posting a video of herself giving a tour of her family's farm on Instagram in September, one of her followers asked in the comments if she was pregnant. And Garner replied, "I am 48 years old, have three healthy kids, and am not — and will never be — pregnant. We can lay that pupper to rest. Have I gained the Covid 19? Possibly. But that is another story."

Yes, let's lay that pupper to rest once and for all and enjoy Garner's pumpkin for what it is: a cute pumpkin.