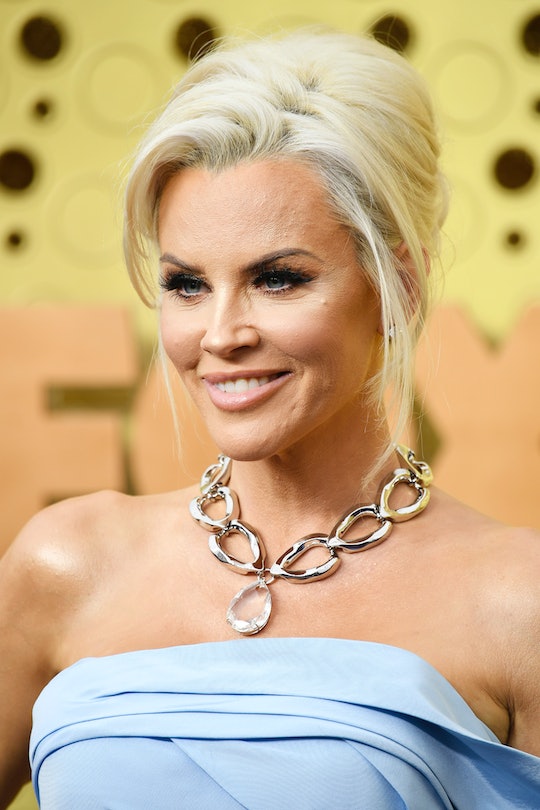 Jenny McCarthy At The Emmys Has Twitter In An Uproar

When you're an awards show host or even a red carpet pre-show host, you can't win them all. In Jenny McCarthy's case, you win over even less — especially when people watching from home have been quick to call her out on Twitter for inaccuracies and her own personal beliefs some may not be in favor of. Right now, Jenny McCarthy at the Emmys has Twitter in a bit of an uproar.

It all started when McCarthy incorrectly asked Christina Applegate how she felt being nominated for an Emmy for the first time. But, as Applegate replied, this isn't in fact her first nomination. This year, she was nominated for Outstanding Lead Actress in a Comedy Series for her role in Dead to Me. But she was nominated in the same category for Samantha Who? in 2008 and 2009. It was a big oversight on McCarthy’s part and Twitter won't soon let her live it down.

In an age where viewers always find TV and movie mess-ups and quickly point them out before anyone can apologize for their own wrongdoings or mistakes, McCarthy became an easy target during the Emmys.

Although the issue with McCarthy's red carpet reporting was the first thing to draw attention to her Sunday night, viewers were quick to point out other aspects of her life which they believe made her wrong for the role. McCarthy has been a longtime advocate against vaccinations for children, according to TIME, and cited vaccines as the reason her son was diagnosed with autism, as INSIDER reported.

Although her stance on vaccines don't have anything to do with her role as a red carpet host before the Emmys, after McCarthy bombed during her red carpet interviews, Twitter went on the attack.

Over the past decade, McCarthy has been a steadfast believer that there is a link between vaccines and autism diagnosis in children. When she appeared on Larry King Live in 2008, she argued as much. And then in 2010, she talked about it more at length in a Frontline documentary.

She hasn't been shy about her beliefs, and the links she believes there to be between vaccines and autism. And those who watched her red carpet interviews before the Emmys Sunday night who also happen to disagree with her stance, took the opportunity to come for her.

Others just couldn't wait to point out on Twitter how unprepared McCarthy seemed to be before her interviews with high caliber stars. McCarthy herself is a celebrity in her own right, which probably should have given her a leg up on knowing who she was interviewing. But from where viewers at home were sitting, she didn't quite deliver as a quality Emmys red carpet host.

It's unclear why McCarthy was chosen to be the Emmys red carpet host on Fox this year, but it might have something to do with her role as one of the judges on Fox's The Masked Singer. The show was also a running theme on the Emmys this year, so McCarthy could have been given her red carpet gig because of her preexisting role on the reality show. Unfortunately for her, it didn't make Twitter go any easier on her.