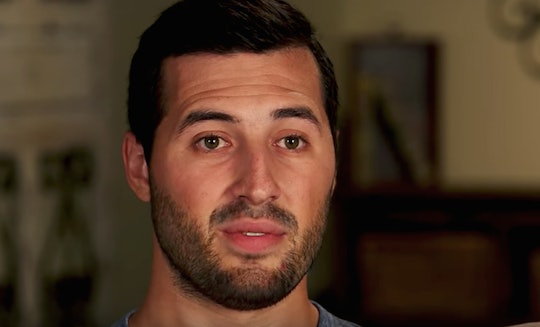 When Jeremy Vuolo married Jinger Duggar in November 2016, fans had a lot of questions about Vuolo's interesting background. Given Vuolo's past as a professional soccer player and his fairly liberal background, it makes sense that people were especially curious about Duggar's husband — it's not everyday that a Duggar girl marries a guy with a secular past. Now that Duggar and Vuolo just celebrated their first year as a married couple, fans are checking out Jeremy Vuolo's Instagram account to see what else they can learn about his life. By the looks of it, Vuolo is one curious guy.

As many Counting On fans already know, Vuolo arguably has the most unique background out of all the men the Duggar women have married. Vuolo attended Hartwick College and Syracuse University in New York before becoming a professional soccer player for various teams, including the New York Red Bulls, Finland’s AC Oulu, and the San Antonio Scorpions, according to The Inquisitr. Vuolo's soccer career led him to develop a wide range of interests, and he's arguably the most adventurous Duggar family member. Duggar said of Vuolo's daring spirit while they were on their honeymoon in Sydney, Australia, according to People:

Jeremy loves trying new things and so he definitely helped kind of just get outside of my box and just try the local cuisine.

And as it looks like Duggar isn't speaking from her own personal bias — Vuolo's 'gram is a testament to his intellectual curiosity. On Oct. 24, Vuolo revealed he's reading a book about Christopher Hitchens, a famous atheist and journalist who died in 2011. Although the book centers on the controversial claim that Hitchens was "teetering on the edge" of a belief in God while on his death-bed, according to The Guardian, it's interesting that Vuolo would even entertain a book by a prominent atheist when he's married to the daughter of one of TV's most famous religious families. When fans questioned Vuolo about the book, he responded, according to The Inquisitr:

Having friends who profess atheism, I appreciated Hitchens’ candor and willingness to share his worldview. His perspective has given me a deeper understanding of many who hold to an atheistic viewpoint. Of course, the book is written biographically from the vantage point of his friend who was a Christian. This fact of his life fascinates me.

Vuolo regularly shares what he's reading with fans, and it appears he's a voracious reader. In fact, just about every other photo on Vuolo's IG includes a book:

It's books everywhere you turn, people.

In addition to being a book worm, Vuolo also has a thirst for travel. Out of all the Duggar couples, Duggar and Vuolo travel the most (this isn't meant to insinuate that couples who travel a lot are better than those who don't — my girlfriend and I live for weekends spent at home), and they often share their vacation photos with fans. Throughout the past year, Vuolo has posted snaps from Los Angeles, the MoMA in New York City, and Philadelphia:

And as expected, Vuolo also has an affinity for all types of sports, including ping-pong and basketball. It looks like Vuolo has even encouraged Duggar to dabble in sports, which is pretty awesome considering many Duggar women aren't often seen in athletic situations.

But most of all, Vuolo's Instagram depicts a man who is absolutely smitten with his wife:

Vuolo's constant pics of Duggar is the one Instagram commonality he shares with the other Duggar husbands — Austin Forsyth and Ben Seewald's IG accounts are also odes to their spouses.

So, if you're a Duggar fan looking for a taste of the wild side (and by wild I mean books, travel, and sports) look no further than Vuolo's Instagram. Vuolo's account is more about sharing his many interests as opposed to his controversial views (I'm looking at you, Forsyth) and this is a pleasant change of pace.