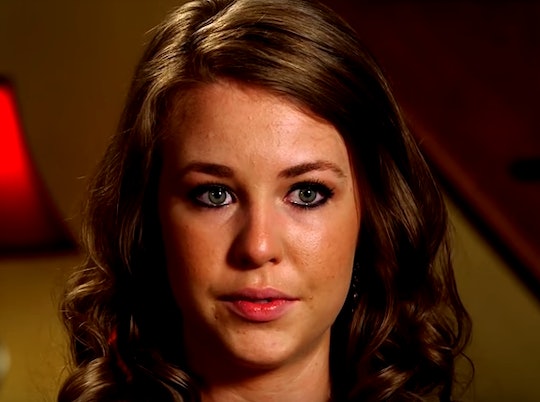 In 2018 it's pretty rare to look at an accomplished, talented, single woman in her late twenties and consider her a spinster. Or, worse, a failure on some level. Or anything other than just a regular person living her life. Rare unless you're a member of the Duggar clan from TLC's Counting On, apparently. In this family of 19 kids and always, always counting, staying single into your late twenties as a woman, like Jana Duggar, is cause for concern. Perhaps the real cause for concern should be the reason Jessa Duggar thinks Jana is still single, to be honest. Because that one's a real head-scratcher.

Jana Duggar is the oldest of the Duggar daughters and the only sister in her twenties that remains single. Now before you go ahead and start crying your eyes out because she hasn't managed to land herself a man or something, Jana Duggar seems to be a pretty happy gal. She's super accomplished, according to literally every member of her family; an incredible gardener, a midwife assistant, a dab hand at handling heavy machinery. She also helps her mom, Michelle Duggar, out with all of the younger children. And yet the focus remains... when is she finally going to get married?

During the most recent episode of Counting On, Jana jumped into an excavator to move an entire tree on her own because she is awesome and knows how to get s**t done. Her younger sister, Jessa, who is a mother to two sons (and so I guess that means she is winning at life), offered a sort of backhanded compliment to Jana. She praised her for being a "Jana-of-all-Trades" and added:

She can do anything. She can wire an outlet. She can run the big machinery. She can do it all.

But she also *jokingly* pointed out that Jana's accomplishments could be her undoing when it came to a would-be suitor and no, this is not a quote from a Jane Austen novel. According to Pop Culture, Jessa said to Jana:

That may be why some of the guys are scared away. They just feel like 'This girl can do anything. What can I do? What can I do compared to that?'

Jessa was quick to make sure to let the men out there who might want to court Jana know that it's okay, she'll be open to giving them a shot.

Just kidding. Don't let that deter you. She says it's okay if a guy's not as smart as her. Just come, and she might give you a chance.

This isn't the first time a member of the Duggar clan has brought up the fact that Jana has remained single into her twenties. Her own dad, Jim Bob Duggar, made a big dumb joke of it while speaking at an event in Australia back in January. On her actual birthday, no less. He told a crowd of people, according to Cafe Mom:

And Jana is — actually, back in the US, it’s her birthday. Jana is 28 years old and still single, so she's still praying about the one.

At least Jim Bob didn't jokingly "blame" Jana's single status on the fact that she's good at everything and might be scaring the men away. That's problematic on so many levels I'm having a hard time wrapping my head around it. First of all, being single at 28 is super damn normal. Second of all, men aren't generally supposed to want women to be bad at stuff to make themselves feel superior, are they? This can't really be a thing, can it? And finally, can the Duggar family just let Jana live her life and mind their own business? Just be proud of her, nurture her talents, and stop making everything about finding a man. Please.