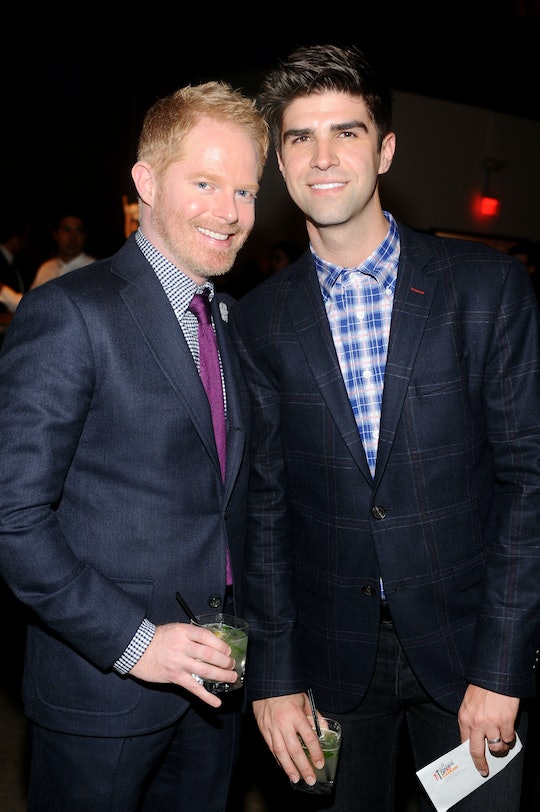 You might have already thought Mitchell Pritchett from Modern Family was a seasoned dad of two after watching him for so many years on the hit ABC sitcom, but in real life Jesse Tyler Ferguson and husband Justin Mikita recently welcomed their first baby together and the new parents are "overjoyed" with their family's newest addition.

In a statement shared with People on Thursday, the 44-year-old actor and husband of seven years revealed their exciting news. "Jesse and Justin welcomed their little bundle of joy Beckett Mercer Ferguson-Mikita on July 7, 2020," a rep for the couple told the magazine. "The new parents are overjoyed and excited for this new journey as a family of three."

Ferguson and Mitka have not made any sort of social media announcement about the arrival of their first child together or shared other details like the baby's sex, but it's possible they might not go that route. After all, Ferguson made it perfectly clear in an interview with James Corden on the Late, Late Show With James Corden in January that his child would be "human." When Corden asked Ferguson, "Do you know what you’re having? A boy? A girl?" the actor replied: "A human."

While Ferguson might have wanted to keep the details of his baby private, he did open up to Corden about wanting to be a dad and talked about "wanting to get serious about things" now that he was in his 40s. "I'm expecting a baby in July with my husband. I'm 44 now, let's get this show going. Tick tock," he told Corden earlier this year.

Back in February, the couple were thrown a massive baby shower, as Ferguson shared on Instagram, despite the fact that they apparently did not want one. "Justin and I did NOT want a baby shower but we are so glad we gave in!" he captioned a photo on Instagram of the pair celebrating. The theme of the shower, which was attended by Modern Family co-stars like Sarah Hyland and Sophia Vergara, was themed "Sh*t Just Got Real."