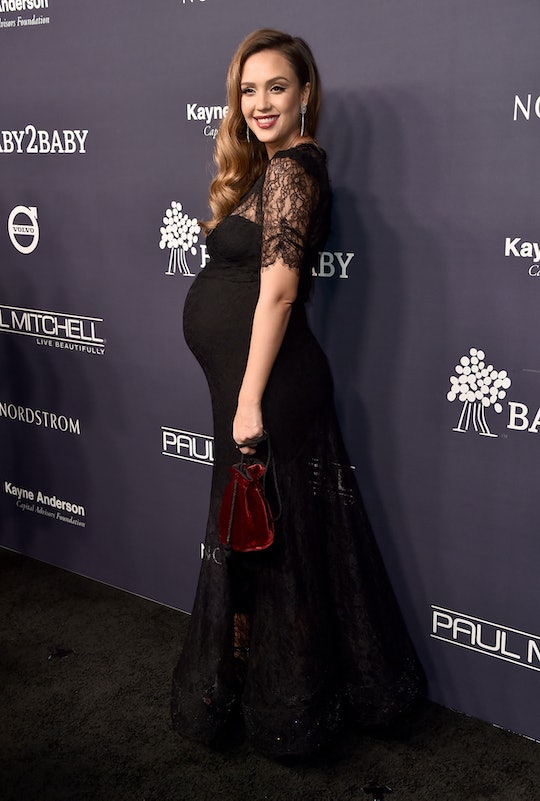 Jessica Alba Says She Doesn’t Have It All Together As A Mom, & It’s Honestly Refreshing

Celebrity moms tend to come across as having it all together on social media. Their feeds are often highly curated, featuring perfectly-decorated nurseries, their smiling children, and casually flawless selfies. (Not that there's anything wrong with that — TBH, those accounts are nice to scroll through sometimes.) Needless to say, a seemingly-perfect Instagram account is not always an indicator that one's life actually is perfect. In fact, Jessica Alba recently opened up about exactly why her Insta feed doesn't feature photos of her parenting slip-ups. In a new interview, Jessica Alba said she doesn't have it all together as a mom, and her point of view is seriously refreshing.

“I don’t have it together at all. I just don’t need to use social media as therapy and tell everyone, ‘Today I f---ed up as a mom.’ It’s none of your damn business,” she told Redbook for the magazine's April cover story.

I’m fine if people want to air their dirty laundry online, but people know enough about me. I make mistakes all the time...and sometimes when I get together with my friends, we’ll reflect on how we’ve made similar good and bad decisions. It’s like, ‘Yeah, that was humbling.’ Then you move on and have a glass of wine.

At the time of the interview, Alba was pregnant with her son Hayes, and she wound up giving birth to him just 10 days later. She told Redbook: "I’m pretty relentless in everything I do... but I’m learning to be better at not pushing myself too hard. I normally wouldn’t have given myself today off," she said, explaining that she was treating herself to a massage later that day. “But right now my kitchen’s a disaster and my garbage cans are full, so I’ll be thinking about that instead of just relaxing."

Alba also discussed her business The Honest Company in the interview. She opened up about how she wants her entrepreneurial skills to inspire her two daughters, Honor, 9, and Haven, 6. She told Redbook:

I hope that their seeing me get out of my comfort zone will give them some degree of fearlessness to try stuff.

She hopes that her daughters observing her jumping over hurdles will teach them the importance of not giving up. She told Redbook:

I want them to know that you can’t give up when it gets hard; when it gets hard is when you learn the most. You can’t teach kids that by just talking the talk — you have to walk the walk and reinforce it with talk.

Alba has opened up about not being a "perfect" mom on many occasions in the past. “I don’t try to pretend like I have all the answers and I certainly don’t think I’m perfect,” Alba told People in a February 2017 interview. She said:

So when my kids say something, instead of me being so reactive, I think about how I can be better... Sometimes my mind is in too many different places and I’m not always in the moment.

All that being said, Alba still manages to keep it real as hell on social media. She recently posted the ultimate multitasking #breflie (aka a breastfeeding selfie) on Instagram, in which she was breastfeeding Hayes, wearing a towel on her head post-shower, and eating a salad. She's also posted many other breastfeeding selfies, videos of her cuddling Hayes, and a photo with her nanny. While some celebrities try to hide all evidence of hired help in order to maintain their "perfect" appearance, it's awesome that Jessica Alba has been open and honest about that aspect (and many others) of her parenting life on social media.