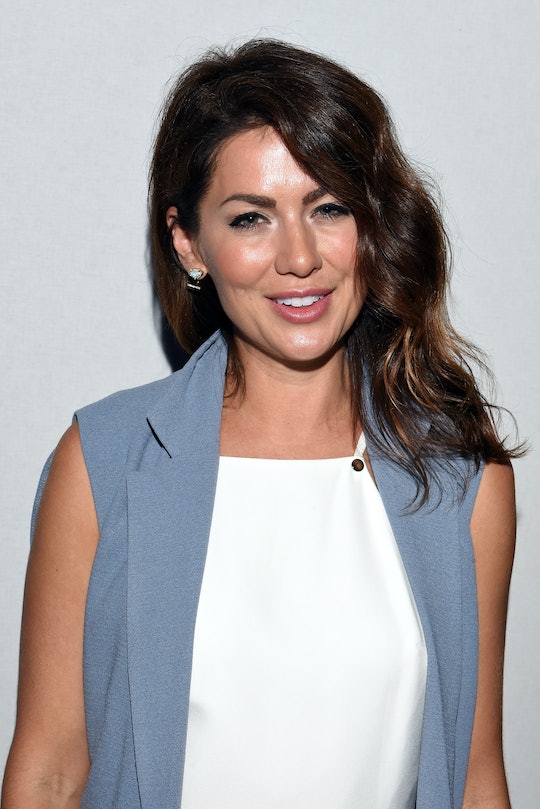 Breastfeeding can be very difficult for many women, which is why Jillian Harris' breastfeeding comments about how difficult it was to stop are so relatable. Can more women open about their breastfeeding experiences?Because it's nice to know that even celebrities (who usually seem to have it all together) are having a tough time, too, living up to the pregnancy police's expectations as to what's "right" for their babies.

The former Bachelorette said that breastfeeding wasn't always so hard. After having her baby in August, it was actually pretty simple, she told Us Weekly. "When I was like two months postpartum, I was blogging about milk supply and I was so proud that I had that much milk,” the 37-year said.

Harris added, "It was amazing for me. I had followed every blog, I took the fenugreek [vitamins], I drank so much water, I had my placenta encapsulated, so I was taking that, and so my milk supply in the first two months was just abundant.” Unfortunately for Harris, as her work schedule picked up, she had to start cutting corners, namely because her supply was low.

She said that while filming Love It or List It Vancouver she "started supplementing with formula … and a little bit of express milk. I would have a rule with my nanny and say, like, ‘OK, if you feed him three bottles a day, I’ve got to come back with three bags of pumped milk a day.’”

Eventually the anxiety just got to be too much, she admitted. Her schedule made it so that she couldn't pump every two hours and she ran out of express milk. Harris said, "I didn’t want my baby to feel that anxiety. I was beating myself up over the fact that I should be trying harder, I should be taking more of my lactation pills, I should be drinking more water."

Yeah, you'll get exhausted talking to yourself like that. So, Harris made the call. It was her husband, Justin Pasutto who she said nudged her along. Harris said that going to straight to formula was sort of a nice reprieve. “It made life so much easier for us as a family," she said. "I still struggle with it. I have to hand it to moms who breastfeed for two years and have multiple kids."

Leo was born in August, but Harris and Pasutto announced their engagement the day after Christmas. She wrote, "Well THAT was SOME Christmas morning!!!!! OH MY GOD my heart cannot handle this much LOVE!"

The fact that the couple is already compromising and figuring this whole feeding thing out together as they go along is a good sign that they'll definitely live happily ever after. Especially since Harris is no longer freaking out about when and where she would have pump.