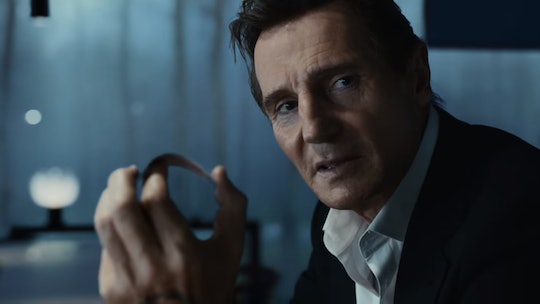 In a move that has most sane Americans breathing a sigh of relief, Iowa Republicans declined to choose disgraced former reality show host Donald Trump as their candidate in Monday's caucus. That's right, Texas Sen. Ted Cruz came in first place, meaning that Trump, the only guy who's more obsessed with winning than Charlie Sheen... didn't win. Just don't tell him that. Jimmy Fallon parodied Trump's Iowa caucus speech after he lost, and it's pretty much the greatest thing ever.

While the real Trump is ranting all over Twitter that Cruz "illegally stole" the election by spreading rumors that retired neurosurgeon Ben Carson (who came in fourth) dropped out of the election, Fallon's Donald Trump has a decidedly sunnier outlook: he didn't lose anything; he won second place! Fallon played Trump in a sketch on The Tonight Show Starring Jimmy Fallon on Wednesday, and his version of Trump is definitely better than the real thing. Rather than playing him as a jealous, seething ball of vitriol and self-tanner, Fallon's Trump is more like a pre-schooler who's inordinately proud of a participation medal, thanking Iowa Republicans for voting him "the winner and champion of second place." He also tells people what the "J" stands for in Donald J. Trump: Genius.

The fake Trump goes on to explain all the ways in which coming in second is actually better, such as the fact that "two is bigger than one," and "one plus one is two, so basically, I won twice." It's hard to argue with math! He also claims that the "win" puts him in league with Toy Story 2, which he believes to be superior to the original. To be fair, it definitely made me cry twice as much, so if that's the metric he's working off of, I concur.

Fallon as Trump also uses R2-D2 as another example of two being better than one. "I've never even heard of an R1-D1," he says in the video. Logic like that is surely great news for Ohio Gov. John Kasich (who came in eighth place) since everyone loves BB-8.

But if you're not into Star Wars (seriously, though, what is wrong with you?), Fallon's Trump still has you covered. Bachelor fans may still be mad at Trump for delaying their show on Monday night, but Fallon really speaks their language when he points out that the twins are "fantastic" because they've got "four boobs" and "they're way better than that psycho Olivia."

And as for why Minions with two eyes are better than those with just one? I don't want to spoil anything, but I will say that it has absolutely nothing to do with depth perception, and also, this is probably not a good video to watch around young children. Let's just leave it at that.