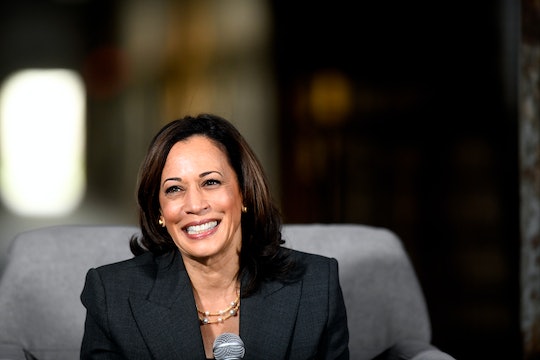 Marking a significant and long overdue moment in America's history, Democratic nominee Joe Biden has chosen Sen. Kamala Harris as his running mate for the upcoming presidential election, making her the first Black woman to be nominated for vice president by a major party.

"I have the great honor to announce that I’ve picked @KamalaHarris — a fearless fighter for the little guy, and one of the country’s finest public servants — as my running mate," the former VP announced on Twitter on Tuesday.

Ahead of Biden's pick, Harris had also been in the running the Democratic nomination, but dropped out of the presidential race in December 2019 due to a lack of campaign funding. Currently, she is a United States senator for California, a role that made her "the second African-American woman and first South Asian-American senator in history," according to her bio. Previously, Harris served as a District Attorney in San Francisco and then served as California's Attorney General from 2011 to 2017, the first Black woman to hold the role. Harris' mother was an Indian-American breast cancer researcher and her father emigrated from Jamaica and became a professor of economics at Stanford.

In Biden's announcement, he said that during Harris' time as Attorney General, "she worked closely" with his late son Beau Biden. "I watched as they took on the big banks, lifted up working people, and protected women and kids from abuse," he tweeted. "I was proud then, and I'm proud now to have her as my partner in this campaign."

Shortly after Biden made his choice official, Harris wrote on Twitter that she's "honored" to join him on the ticket. "@JoeBiden can unify the American people because he's spent his life fighting for us," the California senator tweeted. "And as president, he'll build an America that lives up to our ideals. I'm honored to join him as our party's nominee for Vice President, and do what it takes to make him our Commander-in-Chief."

Georgia Democrat Stacey Abrams, who was on Biden's list of potential running mates, congratulated Harris. "Thrilled to support @KamalaHarris as next VP," Abrams tweeted. "I was honored to speak with @JoeBiden at length over the weekend and again today. His focus on reaching out to every corner of our country speaks to how he will lead us. I look forward to doing all I can for Team #BidenHarris!"

President Barack Obama's national security adviser Susan Rice, who was also in the running for Biden's VP pick, also sent her "warmest congratulations" to Harris following the announcement. "I am confident Biden-Harris will prove to be a winning ticket," Rice tweeted. "I will do my utmost to help them win and govern."

As HuffPost recently reported, a "record number of women of color are running for U.S. Congress in 2020." And while much more work needs to be done to increase diversity and representation in politics, with Harris on the Democratic ticket, 2020 is already making history.