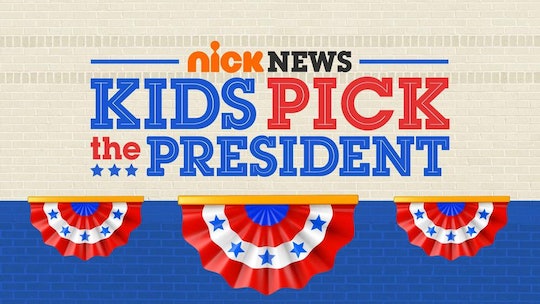 The kids have spoken. According to a non-scientific poll, former Vice President and Democratic presidential nominee Joe Biden won the "kids vote" conducted by Nickelodeon.

Nickelodeon's online "Kids Vote" poll saw 90,000 individuals cast their ballots between Oct. 20 and Oct. 26 as part of the Kids Pick The President poll. Yes, this is a non-scientific, informal poll that allowed one vote per household device. But still, the folks at Nickelodeon were incredibly thorough when culling through the votes. So much so that when some fraudulent voting was detected on Oct. 21, the kids' channel utilized a voter certification tool and deleted 130,000 bot-generated votes to ensure the poll was fair.

On Tuesday, the results were announced by host Keke Palmer during the Nick News: Kids Pick the President special. Biden won with 53% of kids choosing him as the next President of the United States, while President Donald Trump received 47% of the vote.

"Though kids are not of an age to vote, Kids Pick the President is a platform where their voices do count, and they deserve to be heard," Nickelodeon said in a statement of the results. "And just as kids value honesty and fairness, so do we at Nickelodeon. Therefore, out of respect for kids everywhere and in the spirit of civic responsibility, we present the name of the winner based on votes cast fairly and within our stated guidelines of one vote counted per household device.”

The Nick News: Kids Pick The President special didn't simply reveal the results of the informal poll, it also included appearances by celebrities like Nicole Byer, Brie and Nikki Bella, DJ Khaled, Usher, and more. The special also offered kids the tools to understand the basics of voting as well as a platform to discuss issues they believed were important, like racial equality, the environment, and COVID-19 to name a few.

Anyone who missed the special can catch it again every day leading up to the election on Nov. 3 via Nickelodeon on Demand, the Nick app, and Nickelodeon’s YouTube Channel beginning Wednesday, Oct. 28.

If 90,000 kids can vote, even knowing that their vote will not actually count in the election, so can the rest of us. To make sure their voices are heard by considering what they want when we head to the ballots ourselves.