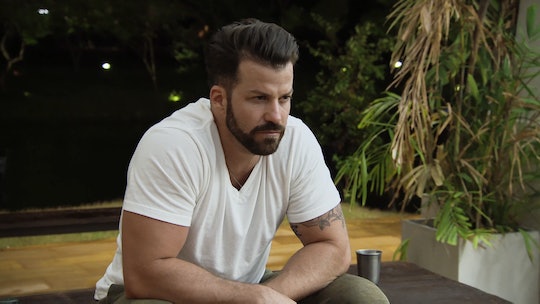 The Vets On 'The Challenge' Season 34 Are Dropping Like Flies

The Challenge: War of the Worlds 2 is just a few episodes in and already, the lines have been drawn on the US team. It was only a matter of time before the longtime veteran players clashed with each other and it took little time at all for that to happen. When Johnny Bananas went after Cara Maria with Laurel on his side, she made it her mission to come for him. And in Wednesday’s episode, she did. Because of her and a few allies she has, Johnny Bananas went home on The Challenge. It’s safe to say the vets are dropping like flies, but they really have no one to blame but themselves.

Cara Maria went after Bananas because of his alliance with Laurel, who has had it out for Cara Maria herself and vice versa. So after Cara Maria worked to get Laurel out of the game, she focused on Bananas. And even though Paulie made a deal to keep Bananas safe if given the chance, he went back on his work and stood behind Cara Maria to get him to the Proving Ground. I expected Bananas to win the elimination round and become the season’s first turncoat as a new member of the UK team. Instead, he lost and another vet bit the dust.

War of the Worlds 2 is full of vets and the majority of both teams are made up of returning players. Bananas, however, is one of those Challenge competitors that you know about even if you have only casually watched a past season or two. He is a fixture in the franchise and to have him go out in Episode 5 was a surprise for fans. Yes, he talks a big game. But the difference between Bananas talking a big game and someone like Bear doing the same is that Bananas has years of Challenge experience to back it up.

Bananas has competed in 20 total seasons of The Challenge, of which he has won six. He has won first place in more seasons than any of his fellow vets, including the likes of CT and Wes, and I don't think anyone expected him to be taken out of War of the Worlds 2 so soon. As a result of his experience in the franchise, Bananas is also several years older than most of his fellow players each season he competes in, but with his age comes a certain amount of experience you can't put a price on. Unless you count this season’s grand prize of a share of $1 million, in which case you can put a price on Bananas’ Challenge experience.

Bananas spoke to Rolling Stone ahead of The Challenge Season 34 and said that to him, "age is just a number" and that, at 37, he plans to continue competing on the show to attempt to rake in more wins as long as he can.

"Tom Brady is in the Super Bowl and he’s 41," Bananas said at the time. "I might not have one left in me, but I might have eight left in me. I’m going to continue doing challenges until MTV says no more, my body says no more or my mom says no more. But my mom loves The Challenge. My dad is a more traditional guy. He’s like, 'When are you going to get serious and get a real job?' Until three years ago he was still trying to get me to join the Army. I’m like, 'Dad, I don’t think they’ll let me join anymore. Can you move on?'"

And even though Bananas was cut early this season, I'm sure he will be back again as soon as MTV needs his big personality and Challenge track record.