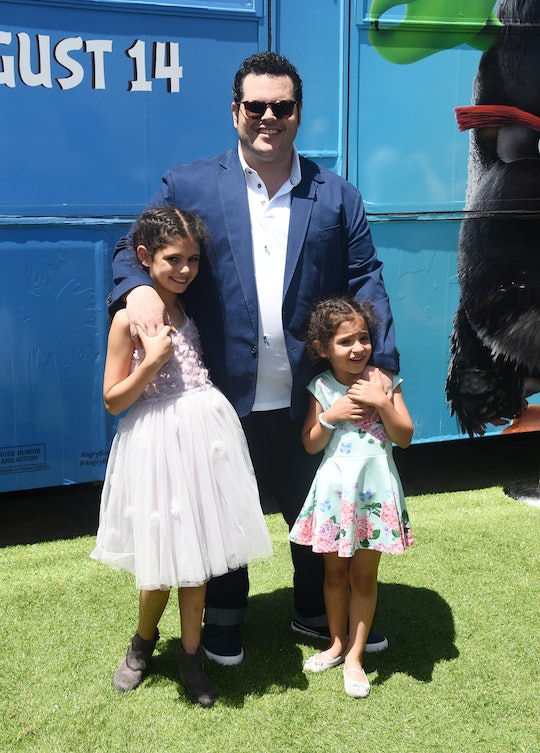 Imagine if you were a kid and your dad voiced one of the best Disney characters ever. Cool, right? Well no actually, not really. Not even if your dad plays the most beloved snowman since Frosty himself. During an interview with Kelly Clarkson, Josh Gad said his kids aren't fans of Olaf, his popular character in Frozen, and if this isn't a sign that parents are just never going to win, well I don't know what is.

The Frozen 2 star is father to two daughters, 8-year-old Ava and 5-year-old Isabella, with actress wife Ida Darvish. This week, he sat down with Clarkson on her new talk show The Kelly Clarkson Show to discuss reprising his role as Olaf, the child-like snowman with a heart of gold and a penchant for summer, in the new film.

Now keep in mind that kids everywhere adore Olaf. Build-A-Bear even has a special Olaf stuffed toy and he has basically become the most talked-about snowman on the planet (again, I think Frosty has been relegated to solely seasonal mentions). But when Clarkson, a mom of two little ones and two teen stepchildren herself, asked Gad if his kids liked it when he did the Olaf voice for them, his answer was swift and decisive: "They hate it."

As Gad explains it, the issue apparently is the fact that he just uses his regular speaking voice when in character for Olaf, "They hate it because the Olaf voice is... just this voice."

He went on to say that, instead of reading his daughters Frozen stories in the Olaf voice, he used his regular voice at their school every Friday to read everyone the Harry Potter books. He read all of the first and second books, and guess who never went to one reading? His own kids. Clarkson explained their behavior in a simple sentence, "It's because you're the dad."

That being said, Gad's daughters have definitely enjoyed some of the perks of having their father voice Olaf. He told People that his kids have gotten to sit in on some recording sessions for Frozen 2 (although they did apparently get bored and ask for snacks... typical) and admitted playing the snowman has given him "a lot of street cred" with them. Gad took his kids on a press tour for the film to New York City and documented it as well.

Now before anyone starts to think that Josh Gad's daughters have become jaded by his celebrity, he did tell Clarkson in that same interview that Ava and Isabella "absolutely freaked out" when they saw Frozen 2. Their dad might be Olaf, but they're still just two little girls who love a Disney movie.