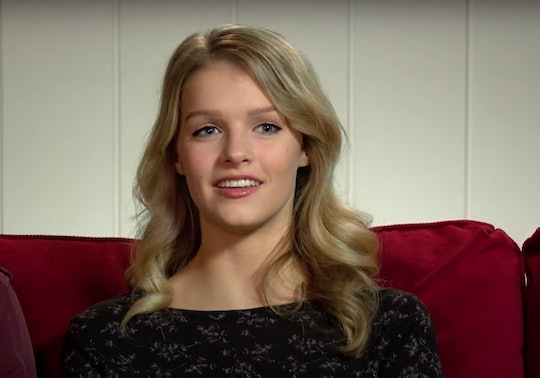 Josie Bates Says She Is "Heartbroken" After Suffering A Miscarriage

While pregnant with her second child, Josie Bates suffered a miscarriage. The Bringing Up Bates star announced the heartbreaking end to her pregnancy over Instagram, saying she and husband Kelton Balka now had "an empty spot in our hearts and in our home."

"Our hearts have been completely broken," 21-year-old Bates wrote Wednesday on Instagram. 'I've never experienced the type of pain and loss that I've had these past weeks. There is an empty spot in our hearts and in our home."

Bates and Balka reportedly learned they were expecting a second child together sometime before their daughter Willow turned one year old. "Kelton and I were over the moon excited to be expecting a sweet baby in March, 2021," Bates wrote. "We were filled with anticipation as we began to dream of what it would be like as a family of four and for Willow to have a little playmate."

The reality TV star went on to reveal she and Balka had surprised their friends and family with the news at Willow's birthday party in July as she "felt an unexplainable amount of excitement."

Unfortunately, Bates said the couple received sad news at their latest ultrasound appointment. "When I went for a recent ultrasound, we were heartbroken to hear our precious baby had gone to be with Jesus," she explained.

The couple was devastated and heartbroken by the news. "Sometimes you have to walk through experiences you never thought you would have to," Bates wrote Wednesday on Instagram. "This has been a very difficult time for our little family." Bates said that while she and Balka were grieving their loss, they found peace in the idea their child was "in heaven" with Balka's mother.

"Even though we never got to see our baby face to face or hold its tiny hand, we know God has a purpose for its short life," Bates went on to write.

Bates and Balka were married in October 2018 and welcomed their first child together less than a year later in July 2019.

On Wednesday Bates revealed she had added a new charm to a necklace that already holds a charm for the couple's 1-year-old daughter Willow as a means of memorializing the child lost to miscarriage. "I added a charm to my necklace, next to Willow's, to help us never forget the memories of how this little one made us feel and how much love and joy it brought to our family," she wrote.