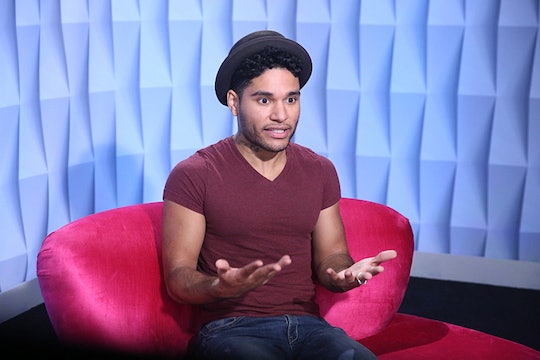 By now, it's sort of a universal truth that Jozea on Big Brother has it in his head that he's the strongest and best houseguest so far this season. And that sort of thinking will get Jozea sent home on Big Brother. Of course we all know that this is pretty far from the truth since, unbeknownst to him, most of the people he's running his mouth to are revealing pretty much everything he says to them. To be the messiah, as he called himself, Jozea should be doing a lot more than talking smack every chance he gets and letting everyone in on his business. For the entire time he's been in the Big Brother house, he's had it in his mind that he's this grand player of the game and that everyone should be flocking to him. But Jozea is absolutely clueless and that is what might get him sent home a lot earlier than he plans. Da'Vonne said it best in Wednesday's episode of Big Brother:

"That boy don't even see his eviction and its slapping him in the face every day."

At first it was funny. You know, the over the top Big Brother houseguest who has a naturally knack for sh-t talking and no shame when it comes to, well, anything. But now it's just too much. If you have a Twitter page dedicated to the fact that you are so delusional in your ideas of how awesome and important you are, then you know you are definitely not all that. And yes, Jozea has gained a Twitter following that is more devoted to his delusions than the "messiah" himself.

Isn't the point of Big Brother to gain all the trust of your fellow houseguests in order to build alliances, all while saving face in order to gain said trust? Apparently Jozea never got the memo, because he's been real since day one, but like too real. To the point of being one of the most annoying houseguests at the moment. If it wasn't enough that Jozea had to immediately come across as the catty houseguests on Big Brother who runs his mouth like the cameras are going to be turned off any second, but he had to keep it going.

Luckily, fans of Big Brother 18 have been quick to see through all of the ridiculousness that is Jozea, and have been calling him out on his wild antics via social media. Of course he doesn't know it just yet, but it wouldn't be out of the realm of possibilities to say that if Jozea did know the effect he's having on fans of Big Brother, he would just be further convinced that he's the second coming.

When you say that you're the "glue that holds everyone together", instead of having someone say that about you, it kind of takes away from the impact of the idea itself. It sucks to already be so over a Big Brother houseguest, especially since the show has only been on for a week, but when Jozea makes it so easy, how can we help it, right? But it's Jozea's attitude about virtually everything that is what will be his downfall on the show. There's nothing wrong with being confident, and you need to have a certain level of confidence when you're competing with 15 other people for $500,000, but when that's all you are, it's going to get you sent home. Jozea, we're looking at you.