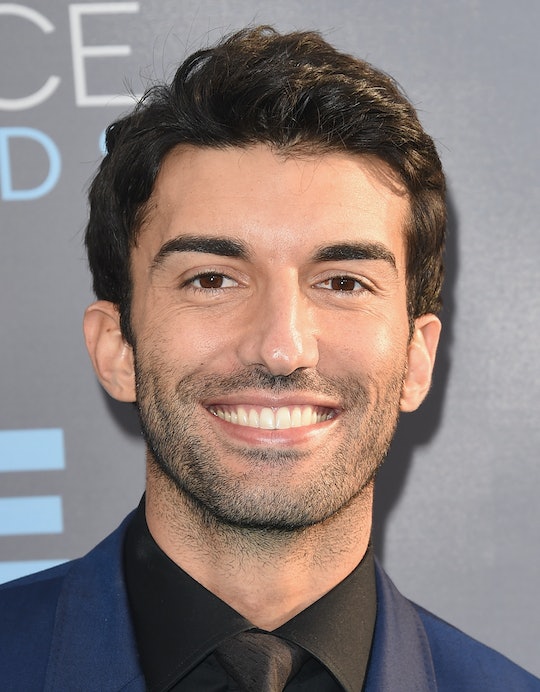 On screen, Justin Baldoni plays a doting co-parent on Jane the Virgin. Although it's not often that life actually imitates art, Justin Baldoni's changing table Instagram post shows that the old cultural trope of the distracted, unengaged father is just not going to fly anymore. And that applies both on and off screen.

On Saturday, Baldoni posted a selfie of himself holding daughter Maiya in his arms outside of a public restroom at Los Angeles International Airport. He captioned the picture,

Dear @flylaxairport and anyone else who cares. Now that it's 2017 it'd be super awesome to allow men to change our children's diapers in the Men's room because, well...daddies change diapers too. On behalf of dads everywhere, Thanks for understanding.

Can we get a round of "yes, please!" from everyone? Baldoni's point is spot on. The fact that there aren't changing tables in most public men's restrooms is a big deal. It perpetuates the myth that moms are the only ones who should be responsible for diaper duty. It also means that men are forced to find other ways to keep their babies dry and comfortable when they're on their own, or improvise and change their child's diaper in a less than desirable location.

That there aren't changing tables in every bathroom is discriminatory on all sorts of levels. It keeps men from doing what dads everywhere do on the daily and forces women to take on travel diaper duty. That's not how the world works. Or it shouldn't be at least.

Late last year, just before leaving office, President Obama signed the Bathrooms Accessible in Every Situation (also called the Babies Act), which mandated a changing station in every public bathroom possible. It only applies to federally funded buildings and even then, it only mandated changing tables be installed in "male" bathrooms if there wasn't already a unisex or "family" bathroom on a floor of a federal, public building, and only in male bathrooms open to the public. Still, it was a start.

Public bathrooms are on the front lines of equality these days and the changing table battle really sheds light on just how out of touch society's ideas about gender are. It also demonstrates just how often bathrooms hold people back on a daily basis, when they want to do one of the most natural things in the world: go to the bathroom, whether it's using a stall corresponding to a gender or changing a child's diaper.

The fight for transgender people to be able to use whatever gendered bathroom with which they identify is definitely an entirely different issue than a father wanting a safe and clean space to change his child's diaper. But the concept behind the two reforms are connected, if only because they both have to come from a society that demands acceptance and equality. They are also two reforms that the GOP just won't get behind (all of the "no" votes for the Babies Act were from Republican legislators), for whatever reason.

Allowing people to do whatever they need to do in a bathroom safely shouldn't be this big of an issue in 2017. But it is. So when celebs like Baldoni or Ashton Kutcher, who has also spoken about his frustration when it comes to changing diapers on the go, take notice, it's important. People identifying with any gender should feel that their basic needs are met when out in public, whether it's someone being able to pee safely or any parent of any gender being able to find a changing table to take care of their child.