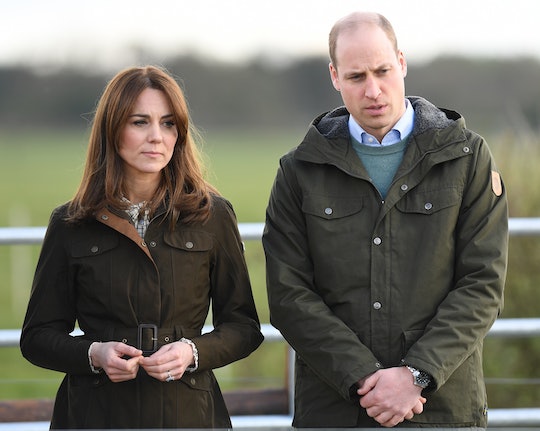 The deaths of George Floyd, Ahmaud Arbery, and Breonna Taylor have sparked powerful protests across the globe with people from all walks of live speaking out against racial injustices, including the Duke and Duchess of Cambridge. On Tuesday, Kate Middleton and Prince William voiced their support for the #BlackLivesMatter movement in a statement through one of their charities' Instagram page.

Middleton and Prince William launched Heads Together with Prince Harry back in 2016 as a new charitable organization to combat the stigma of mental health issues. Since then, the Duke and Duchess of Cambridge have taken the reigns and expanded their charity as a mental health outreach program, complete with a 24/7 call or text support, web chat, and more.

And on Tuesday, Heads Together shared a post in support of the #BlackLivesMatter movement on Twitter and Instagram. "Heads Together stands with the black community. Today and every day," the post read. "This is a reminder to all that your mental health matters, and our charity partners are there for you if you need support." The message from Heads Together went on to offer several options for anyone who might be feeling "distressed, overwhelmed, anxious or panicked," also noting that "talking can help."

"Black Lives Matter," the post concluded. "Today and every day."

Their support comes at a time of unrest in the United States after Floyd, an unarmed Black man in Minneapolis, died in police custody. His death has sparked protests and outrage across the country and abroad.

While the Duke and Duchess of Cambridge have not made a personal statement, the fact that their charity came forward with a message of support for #BlackLivesMatter speaks volumes. As it did when the Queen's Commonwealth Trust, an organization with Prince Harry as the president and Meghan Markle as vice president, released a statement on Monday that read: "Young people are vital voices in the fight against injustice and racism around the world. As a global community of young leaders we stand together in pursuit of fairness and a better way forward. Silence is not an option."

Historically speaking, the Queen and her family have stayed firmly out of politics and other matters that could be considered somewhat controversial. But as the Duke and Duchess of Sussex said through their trust, "Silence is not an option."