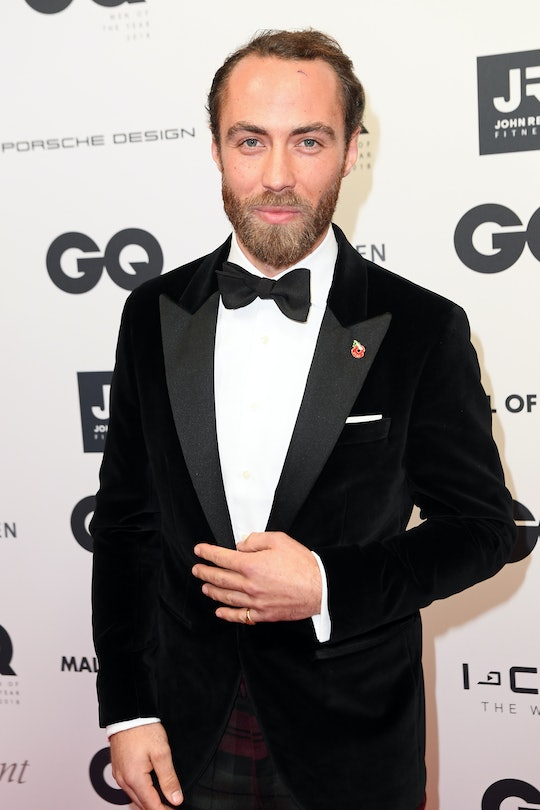 It looks like the Duchess of Cambridge is set to attend another wedding. That's because Kate Middleton's brother, James Middleton, is engaged to his girlfriend, Alizee Thevenet. The royal's younger sibling confirmed the news Sunday, shortly after reports circulated about the proposal online.

James doesn't lead a life nearly as public as Kate, but it doesn't mean people aren't interested in his personal affairs. So it wasn't too surprising when multiple reports surfaced Saturday suggesting James proposed to Thevenet. Although the entrepreneur didn't confirm the news at the time, he took to Instagram the following day to say the rumors are true.

"She said OUI," James captioned a beautiful shot of himself posing with Thevenet. "Our secret is out but we couldn’t be happier to share the news #jalizee." Aww.

Supporters shared in the excitement, with one person writing: "Love love this pic. Many many congratulations you two."

"Huge congratulations!" someone else said. "Wishing you both happiness and fulfillment!"

As for Thevenet's background, she's a French financial analyst based in London, according to People. That detail explains the "oui" portion of his post, in case you were wondering.

Furthermore, Thevenet's apparent LinkedIn page reveals she has an impressive educational background, as she holds a master's and bachelor's degree. She's also fluent in English, Spanish, and French.

It's not exactly clear when James and Thevenet started dating, but they reportedly met in a London bar sometime in summer 2018, according to Town & Country. After Thevenet walked up to James' adorable dog Ella to say "hello," he was supposedly smitten with the expat. "After Alizee went back to her table, James asked the waiter to give her a note saying: 'I never normally do this, but would you like to go for a drink with me?'" an insider shared, according to Cosmopolitan. "He also picked up their tab. A few weeks later, they went out for a drink together."

The two reportedly moved in together last month, with a source telling the Daily Mail at the time: "He seems finally to have found 'The One.'"

James previously dated Donna Air, a media personality and actor, on and off for five years. "They broke up some time ago. They managed to keep it quiet," a source told the Daily Mail in October 2017. "James hopes the split will not be permanent."

Air confirmed the split in February 2018, stating: "James and I are no longer an item. We parted ways in December but remain the very best of friends and always will be."

Of course, it's clear James has since moved on from Air. He appears madly in love with Thevenet, and their engagement confirms this sentiment.

As of now, a date for the wedding hasn't been revealed, but I imagine it will happen soon than later. Pippa Middleton, for instance, got engaged in July 2016 and married in May 2017. As for the Duchess of Sussex, she got engaged in October 2010 and wed Prince William in April 2011. See? The Middletons seemingly aren't fans of the whole long engagement thing.

So congrats to the happy couple! I can't wait to see where life takes these two next.