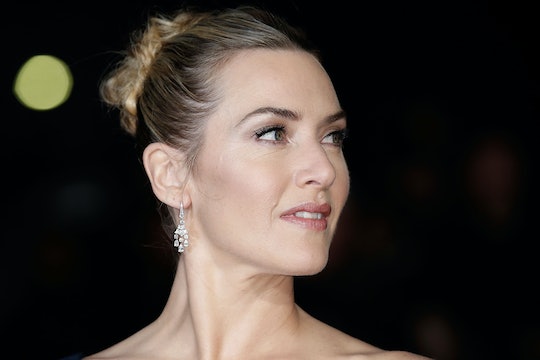 If you’ve ever peeked at a tween sister or cousin’s Instagram feed, you know junior high social media can be an overwhelming place. Sounds like that’s in part why Kate Winslet doesn’t let her kids use social media, the Oscar-winning actress told the UK’s Sunday Times. Winslet plays Steve Jobs’ confidante Joanna Hoffman in the Jobs biopic currently in theaters, so she’s being asked about her own relationship with technology often these days. Winslet said that while she considers technology "an incredibly powerful educational resource,” she thinks it’s too easily abused and has such potentially negative effects on kids that she doesn’t allow her children to use it.

This isn’t an issue Hollywood stars weigh in on often, and I personally find myself resisting talking, reading, or even thinking about how screen time might affect my kid. That’s probably partly because I don’t want to think about the time when I’m going to have to limit and protect her activity on social media and partly because her and all kids’ exposure to it feels inevitable. So I’m impressed with Winslet for thinking about this carefully, taking a position, and apparently holding her ground (which can’t be easy with a 15-year-old daughter and 11-year-old son at home). And the thing is, if you look at the ample data on this subject, Winslet is probably right. Here are 5 reasons she’s definitely not wrong:

More Like This
Social Media’s Effect On Kids’ Wellbeing Is A Public Health Emergency
Did You Choose One Of The Most Popular Baby Names Of 2021? We Have The List!
All The Reasons Why You Might Have A C-Section
Model Hunter McGrady On Being 6 Months Postpartum In Latest SI Swimsuit Edition