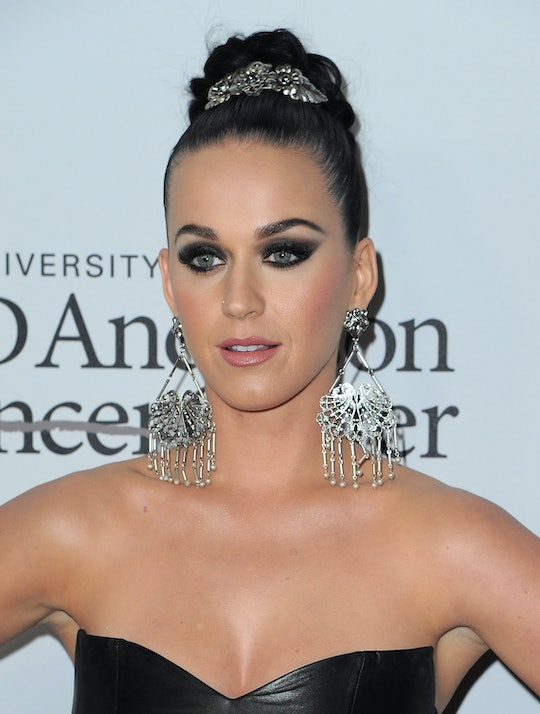 Katy Perry Helps Deliver Baby, But She's Already Done It Once Before

There's this rumor going around that women are supposed to be able to "do it all"; work hard, look gorgeous, raise babies, have a killer squad of girlfriends and a beautiful man at our sides. It's too much for most of us mere mortals, and I have to say some women aren't making it any easier on us. That's right, I'm talking to you, Katy Perry. While the highlight of my day was making a slow cooker beef stew, Katy Perry helped deliver a baby. Oh, and then she went right back to work being a massive pop star. Not cool, Perry, just... not cool.

Perry took to Twitter on Sunday to let fans know about her eventful morning, helping her sister deliver a baby. And here's the kicker (pardon the delivery pun), this wasn't even the 31-year-old's first time hand delivering a baby. She was in the delivery room back in February of 2014 when her older sister, Angela Hudson, gave birth to her first child. While the mother delivering the baby still deserves the lion's share of the credit for the hard work, "assistant baby deliverer" is yet another title Perry can add to her already super amazing resume.

Perry clearly is the go-to for sister Angela when it's time to birth them babies, considering she's been called into service not once but twice. Which has me making the wild assumption that Perry is killing it in the delivery room, reminding her sister that she's a "Firework", and she can just go ahead and "Roar" if the pain gets to be too much. Also, I bet that, if the baby was a girl, she "Kissed A Girl" and she liked it. (#SorryNotSorry.)

After her sister gave birth in the afternoon and Perry went back to the studio (probably looking all stunning and sweet/sexy, as is her signature look), what did Perry do next? Did she decide to try her hand at other highly skilled professions? Did she head to a courtroom to try a murder case? Did she design a new kind of building, invent a new high heel that doesn't hurt your feet? Who else's profession did she perfect in her off hours? Or maybe she just hung out with Democratic presidential nominee Hillary Clinton like it was no bigs. 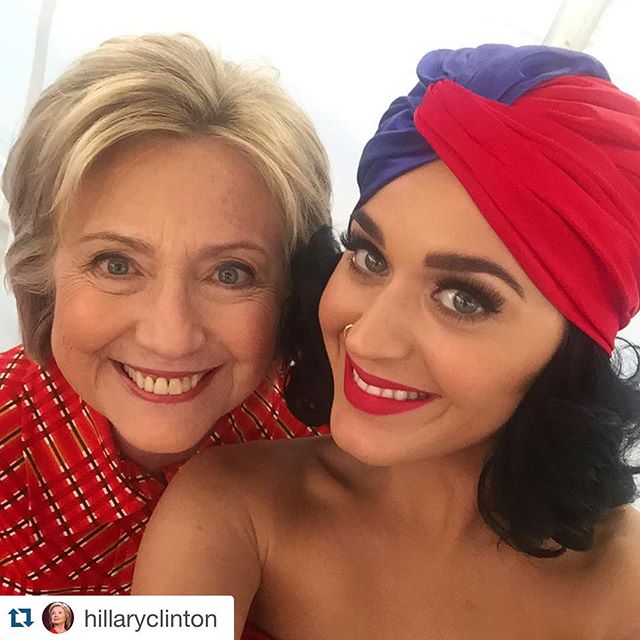 One gal I'm fairly certain Perry wasn't hanging with is fellow pop icon Taylor Swift; In case you guys hadn't heard, the two are in a bit of a feud these days. The rumor mill has been churning for years about Swift and Perry and their supposed "feud," but until recently, it was all just conjecture. That is, until Perry took time out of her busy schedule of birthing babies and making music to tell the world on Saturday that she would consider collaborating with Swift on only one condition. She needed Swift to "say she was sorry," according to People.

Well, thanks for that, Katy Perry. Now we're all losing our minds trying to solve that verbal jigsaw puzzle.

That girl is going to need a serious catnap later, she has been way too busy.