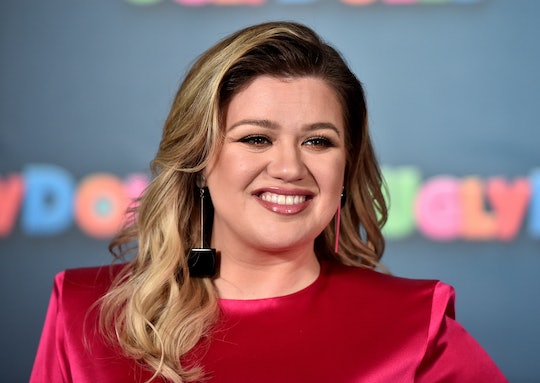 Kelly Clarkson Reveals How She Accidentally Spoiled 'Frozen' For Her Daughter

Even the best parents flub it up every now and then, and sometimes in a big, but pretty funny way. Recently, Kelly Clarkson shared how she accidentally spoiled Frozen for her daughter by revealing that the beloved characters... aren’t real. The mom of two had good intentions, of course, but this teaching moment actually turned into a teachable moment for Clarkson herself.

In an interview with Entertainment Tonight, the singer told a story about trying to explain voice acting to her 4-year-old daughter River. Clarkson stars in the upcoming movie Ugly Dolls and was looking for something that River could relate to. “I was explaining to her, because she was confused, and I said, ‘It’s my voice. Like you know, like how Elsa and Anna, there’s a person that plays Elsa and Anna?’ And I didn’t get what I was doing,” Clarkson told Entertainment Tonight.

Oops! The Voice coach said she felt horrible letting her little girl in on the secret of animation, but justified that her little girl is very clever. “She would have figured it out, after finding out that I’m [a voice in Ugly Dolls],” Clarkson told Entertainment Tonight. "I’m justifying it to make myself feel better.”

That didn’t ease the sting for Clarkson, though. According to People, she said of the slip, “I saw her little face, and I just saw the wheels spinning and I was like, ‘Oh no!’” Clarkson said she told her little girl, "'But isn’t it exciting that you can meet the real girl that plays Elsa?’ I was like, ‘Let’s flip this into a positive!’ It was so sad.”

River takes after her mom and also has a knack for laying down some hard truths. According to Fox News, the little girl apparently asked her mom, “You know when you’re on stage and you were singing?” Thinking a compliment was coming, Clarkson replied, “Yeah, baby.” The little girl added, “Yeah, I was really bored.” Ooof...

“I was like ‘Well that was sweet honey. Maybe don’t tell people that when they get off stage,’" Clarkson said, according to Fox News. "But they don’t care, they’re over it. They see it all the time."

The "they" Clarkson refers to is River and her brother, 3-year-old Remington, whom she posted a photo of on Instagram, looking pensive in his car seat. “He is the most beautiful boy in the world,” she captioned the sweet pic.

The Ugly Dolls movie stars Clarkson alongside Nick Jonas, Janelle Monae, Blake Shelton, Pitbull, Wanda Sykes, and more. According to the movie's bio on IMDb, the story centers on the Ugly Dolls as they “confront what it means to be different, struggle with their desire to be loved, and ultimately discover that you don't have to be perfect to be amazing because who you truly are is what matters most.”

Clarkson sings throughout the film and she had previously voice acted in Phineas and Ferb, and is in preproduction on the next Trolls movie.

Clarkson told Entertainment Tonight that Ugly Dolls, which is in theaters May 3, is a nice diversion right now for viewers who might feel a bit fatigued by the news cycles: “I feel like right now, everything is very divisive, very serious. [Ugly Dolls] is like a nice form of escapism and a reminder of the great parts about humanity.”

Hopefully Clarkson's daughter will enjoy the film and her mom's performance in it. Even if the bubble is finally burst for her on the wonder and magic of animation.