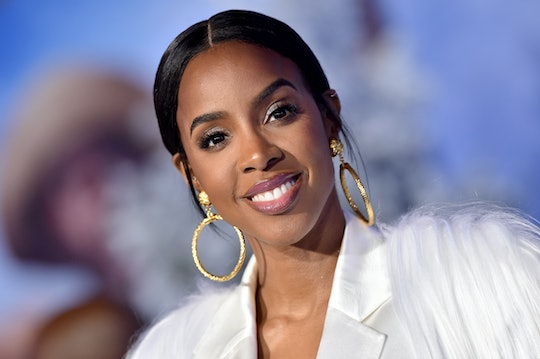 In a new interview and photo shoot with Women's Health, Kelly Rowland revealed she's pregnant and expecting her second child with her with husband Tim Weatherspoon later this year.

The Destiny's Child member and Beyoncé's BFF, who is already mom to a 5-year-old son named Titan, told Women's Health that the coronavirus pandemic gave them a jumpstart into expanding their family. "We had been talking about it loosely, and then COVID happened, and we were just like, 'Let's see what happens'," she told the magazine.

And Rowland's stunning photo shoot with Women's Health revealed exactly what happened. The 39-year-old mom-to-be admitted that she was hesitant to share this news with her fans, especially those who were expecting new music rather than a baby on the way. "I was thinking, 'Oh my god, my fans are gonna be so disappointed...They wanted an album first, but they got a baby!'" she told Women's Health.

The musician's fans and friends, of course, were not disappointed at all, although they would surely love new music from her, too. The comments of her Instagram post announcing her surprise are filled with well wishes congratulating her on her new addition. "It has been hard keeping this exciting news a secret," Beyoncé's mom, Tina Lawson, commented on the post. "Congrats Tim and Titan Too. Grandchildren yayyyyy!!!"

Rowland did not share the exact month she's due or the sex of the baby on the way, but she did tell Women's Health that she is currently craving chocolate and peanut butter and spent the majority of her first trimester in bed after "an overwhelming sense of exhaustion hit" right after her doctor confirmed the good news. "I'm knocking at 40's door in February," she told the magazine. "Taking care of myself means a lot to me."

Another thing that means a lot to her? Expanding her family. Rowland told People in 2019 that Titan was begging her and Weatherspoon for another baby. "Oh my gosh, my son keeps asking me for a sibling," she told People. "But it's just not right timing." But after a year of waiting, little Titan has gotten his wish and he'll be a big brother in just a matter of months.