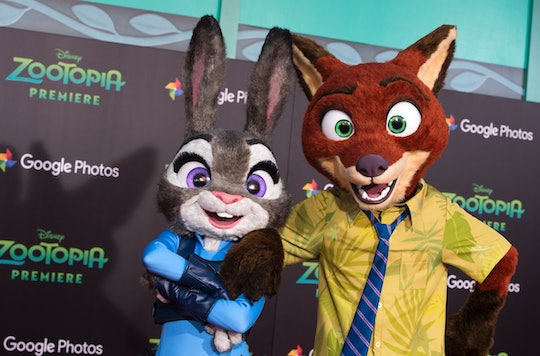 Where there are kids, there are accidents. Of course, parents should do everything they can to prevent the mass destruction that rambunctious, clumsy, and oftentimes careless children leave in their wake, but, still, accidents happen. And even though one such example — this one of a kid in Ningbo, China, destroying a $15,000 LEGO sculpture — happened months ago, the implications of the resulting parent-shaming still ring loud and uncomfortably clear. While some high and mighty critics have lambasted the young child's parents for the very, very unfortunate incident, it's really counterproductive to do so.

According to Mashable, a boy estimated to be 4 or 5 years old walked right up to a life-size LEGO rendering of the fox character Nick from the animated film Zootopia, reportedly intending to take a photo with it, in mid-May. The encounter ended exactly the way you'd expect it to: with the artwork, which took the artist, Zhao, three days and nights to complete, in shambles on the floor of the LEGO Expo.

The artist himself, while surely heartbroken, graciously denied any compensation for the toppling of this masterpiece. The child's parents graciously offered an apology.

And social media and the blogosphere erupted with vitriol.

"Compensation should be made even if it was unintentional!" one social media user wrote of the incident, according to a CCTV News Facebook post. "Apology accepted, but how could the parents just leave it behind after that? Who will make up for the time and effort that has been made?"

And Woman's Day blamed the parentsand the alleged lack of boundaries they gave their son. "Yes, accidents happen, but this wasn't spilled milk," she wrote. "Isn't it our job as parents to teach our kids right and wrong? Or is that too helicopter-ish? Not if you ask me. My son would never destroy art ... Soapbox statement? Sure, and I'm far from perfect—but I'm vigilant."

In reality, all parents are "far from perfect" — and so are their kids. That's why accidents such as this one happen, but the fact that a child inadvertently knocked down a valuable sculpture does not make his parents inferior to any others. Perhaps they could have talked with him about the importance of not crossing the barriers in place or touching the artwork before arriving at the Expo, as some insist they would have done, or maybe they did do that. Kids are unpredictable and aren't exactly famous for their unwavering obedience.

The Parenting Police are nearly always prepared to act as the judge and jury, even in the most harrowing of circumstances. When a 4-year-old entered the gorilla enclosure at the Cincinnati Zoo in May, and the gorilla was shot to protect him, they were there. Soon after, when an alligator snatched a 2-year-old who was wading in shallow water at a Disney World resort and drowned him while his parents were nearby, it was as though the judgmental parenting patrol never taken a moment's rest.

In comparison to these tragedies, the destruction of the LEGO sculpture seems relatively mild, though still undoubtedly serious. Parents should set boundaries and clear expectations for their kids, and do everything in their power to control and keep track of them when they're out in public. But when accidents occur, they don't deserve the malicious criticism of people who don't know them.