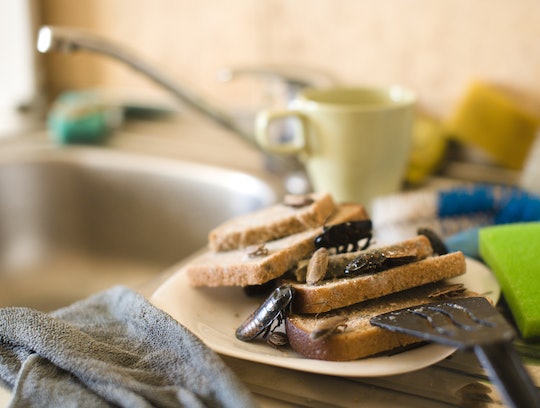 Well, here's a bit of news I bet you thought you would never read. If you're busy cleaning your house, you might want to take a break. According to a new study, it seems that kids who live in homes with rats, cockroaches, and cats aren't as likely to develop asthma.

A study by Washington University looked at kids living in St. Louis, Baltimore, Boston, and New York City to consider the effects of cat, mice, and cockroach allergens on children with asthma, as reported by the New York Daily News. While the accepted wisdom in the past might have been that exposure to these sorts of allergens, particularly during infancy, could increase a child's risk of developing lung issues, it seems the opposite could possibly be true. The study looked at 442 children living in highly populated areas of the inner city, according to AJC.com, as well as analyzing dust from each child's home to measure the level of cat, mouse, and cockroach allergens in the area.

According to asthma specialist Dr. Leonard Bacharier of Washington University — who is the study's co-author — the higher concentration of these allergens found lead to a decreased likelihood of asthma in children from infancy onward, according to the news outlet. What could this mean for the future of asthma studies?

According to a statement Dr. Bacharier gave to the New York Daily News:

This study suggests we may not be focusing on the right targets for preventing asthma in the inner city. We may not need to worry about making sure the household environment is maximally clean. In fact, it’s possible that could be counterproductive.

Now, before you go ahead and throw away your broom, there were several other important facets of the study, which was published in the Journal of Allergy and Clinical Immunology. First of all, researchers noted that the study was merely an observation looking at possible links between allergens and the development of asthma. It doesn't prove that pets or pests can prevent or cause asthma. Further, one-third of the children in the study had at least one parent who had asthma, which meant they were at a higher risk for developing the lung disease.

The study found that cockroach allergens proved to be the most protective against the lung disease, while cat and mouse allergens aren't far behind. While the findings of this research flies in the face of a 2014 study that pointed to the feces and saliva of cockroaches as a potential trigger for asthma, Dr. Bacharier noted that the bacteria could actually prove helpful in building a better immune system, according to New York Daily News. He explained to the news outlet:

A crystal-clean environment could cause the immune system to go into over-drive later in life, once exposed to the allergens.

For many years, parents with children at risk for asthma have often found themselves avoiding pets for fear of a possible link between pet allergens and asthma. It seems they're off the hook with this study (or stuck getting a pet they've been trying to avoid, depending on their perspective). This recent study supports an earlier study from 2015, published in the U.S. National Library of Medicine National Health Institute that found early exposure to dogs and farm animals lowered the risk of childhood asthma.

While the causes of asthma remain difficult to peg, if you are worried that your child could have asthma, watch for these symptoms from the Mayo Clinic:

And maybe don't beat yourself up too much over a little pet hair or a little dust.