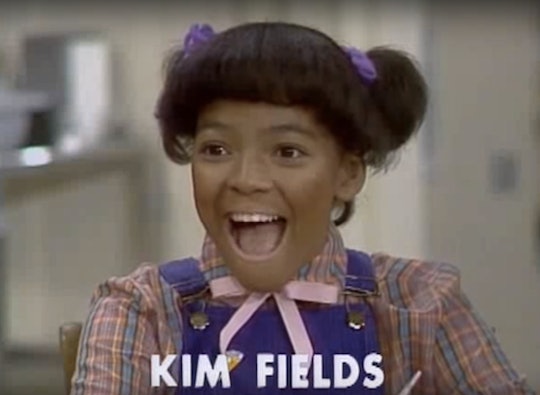 Actress Kim Fields wowed during the first episode of Season 22 of Dancing With the Stars Monday night, so much so that she many people reminiscing about the TV gig that made her famous. Kim Fields' role on The Facts of Life endeared her to America when she was just 10 years old. Fields played Tootie Ramsey, the youngest and only black student in a house full of girls attending Eastland Academy, a boarding school. According to ShareTV, Fields famously spent the first season on roller skates because her short stature made shooting difficult for the camera crew, and she became known for her often repeated line, "We are in trou-ble." The show ran until 1988. Later, Fields went on to star in Living Single from 1993 to 1998, according to Fields' IMDB profile, and later to a role on Real Housewives of Atlanta. But Fields' years as Tootie made her beloved, and the same effervescence she exhibited on The Facts of Life was definitely evident in her performance on Dancing With the Stars Monday.

Fields wowed on her first dance, a cha cha performed with infectious energy pretty much from start to finish. And when Fields found out she scored two 7s and a 6, her enthusiasm went through the roof.