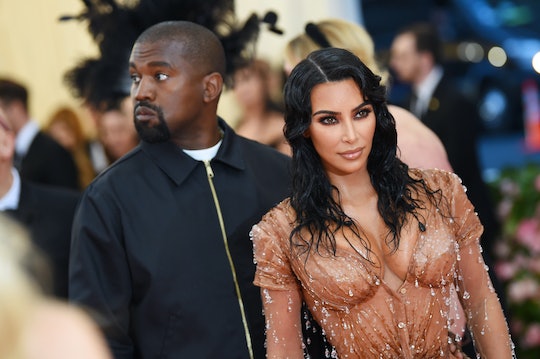 Kim Kardashian West is now a mother of four and this is what I like to call the major leagues of parenting. I say this because I am also a mother of four and really love to compliment myself whenever I get the chance. The children in her family outnumber her and her husband Kanye West at a 2-to-1 ratio, and this is when parents need to get really specific and straightforward about exactly who their children are if they hope to survive. It's okay, she already knows this apparently. Because Kim Kardashian opened up about her kids' personalities and she clearly gave each kid a lot of thought. Better to know what you're up against, right?

The KKW mogul and her rapper husband Kanye West are parents to 6-year-old daughter North, 3-year-old son Saint, 1-year-old daughter Chicago, and baby boy Psalm. Sure, you might think it would be tough to figure out each kid's personality when they're that young, but from the sounds of it this mom knows her kids pretty darn well. Especially as it pertains to their resemblance to their parents, it seems. Kim opened up about her family for the September issue of Vogue Arabia, and the task was probably made easier considering who was interviewing the fashion icon. Her husband Kanye.

The Keeping Up With The Kardashians star answered questions from her husband about what sort of personality traits she sees in each of their children, and one of the first things she noted was that the couple's 6-year-old daughter North is Kanye's "twin" when it comes to her behavior, as per Vogue Arabia:

North is your twin, she is so creative, expressive, and has so much of your personality.

Also for what it's worth I think North might be a lot like her father in the performance department; anyone who saw her dancing and singing at Kanye's Sunday Services knows that kid has something special.

As for the couple's little boy Saint, Kim thought he was more like his mother in personality. When it comes to the two littlest ones, Chicago and Psalm, Kim admitted that it's early days but she's already seeing some interesting personality traits in her 1-year-old daughter that haven't cropped up yet with either of her parents:

Chi, it’s still too early to say. She has a temper that we don’t have but then she’s so calm, which is just like us too. For Psalm, it’s too early to tell. Hopefully they will have little bits of us and lots of themselves.

It should also be noted that Chi has demonstrated one personality trait in spades; fearlessness. Particularly when it comes to snakes coiling around her, as one did in a recent video Kim shared on Instagram. While some of us might have fainted dead away at the idea of a snake around our necks, Chicago just smiled down at the thing serenely and dealt with it.

This tells me she might be the one to watch, guys. And Kim Kardashian probably already knows it.