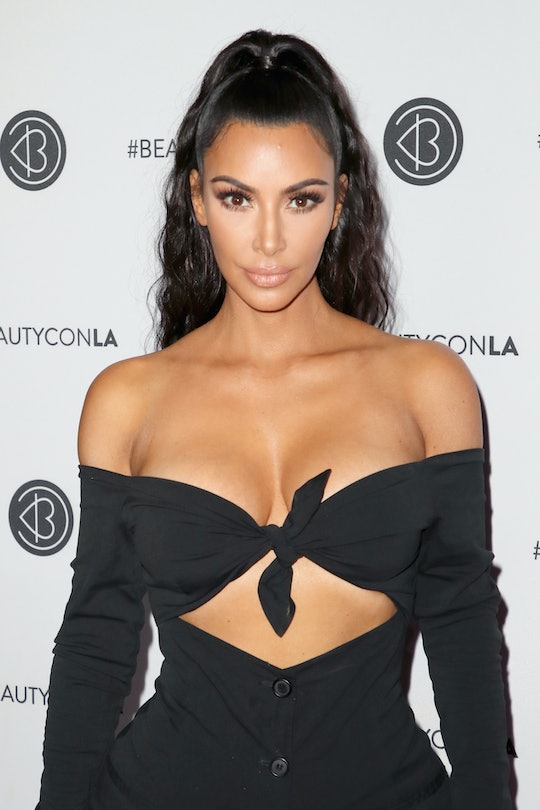 Chicago West Might Actually Have A Middle Name After All

Kim Kardashian and Kanye West are certainly no strangers to making unexpected baby name choices, but even after bringing North and Saint into the world, it was still somehow surprising that they ended up naming their third child Chicago. Kardashian explained that the little girl's moniker was particularly meaningful to her husband, who grew up in the city, and at the very least, Chicago's nickname — Chi — still gave Kardashian the one-syllable name she'd had her heart set on. But in a recent video on her app, Kim Kardashian revealed that Chicago West might have a secret middle name, and it's yet another surprise from the mom-of-three, who'd previously said she wasn't into the idea of middle names.

Anyone who's tried to name a child knows that it's not even sort of easy, and if, like Kardashian and West, you're having trouble being on the same page as your partner about it, it just gets even harder. In an interview with Ellen DeGeneres after Chicago's January birth, Kardashian explained that they'd originally had a few one-syllable names picked out — including Jo, and Grace — and the reality star admitted that Chicago's actual, three-syllable, name "kind of messes with [her]." But what also seemed to be messing with her? Chi's lack of a middle name. Kardashian told Shephard,

I haven't really been into middle names, but it's like I really wanted a name that was short. A one syllable name. Noel is my middle name and it's not a one syllable name, but it's short. ... I love the name Noel. Kanye does not. So I unofficially Instagrammed 'Chi Noel' and I was like, 'I'm doing this because I want her middle name to be Noel.'

So will the Chicago be getting a middle name after all? When Shephard asked Kardashian if it's possible to add a name after the fact, Kardashian said, "yeah, I mean, I'm going to."

Name drama aside though, Kardashian also revealed that while she may not have had to chance to bond with Chicago during pregnancy (Chicago was born via surrogate), the two of them share a unique trait: they look incredibly similar. Kardashian said,

She's literally my twin, it's crazy. I think because I was so nervous that having a surrogate I would lose that connection. I swear I was like, 'God is going to be like, here is your twin so you feel so connected.' Yeah, it's crazy how it works.

In other words, it sounds like, as far as both Chicago's name and surrogacy were concerned, things just sort of had a way of working themselves out. As much as Kardashian may have felt a bit uneasy about sticking with West's choice and naming their daughter Chicago, it ultimately gave them the option to call her Chi — and to give her the name Noel, which is a pretty sweet link between mom and daughter. And it definitely sounds like little Chi's arrival into the fold has more than eased any worries Kardashian may have had about whether or not she'd feel the same about her daughter if she wasn't able to carry her herself.

As intriguing though as it might be to think that Chicago has a "secret" middle name, the reality is that it's totally possible to choose a name for your child and either waver on it, or regret it completely. And while that's obviously not something any parent hopes for, it's pretty cool that Kardashian has found her own way around the situation. So while it may have taken a little while, it sounds like Chi Noel has ended up to be the perfect name Kardashian had been searching for all along.