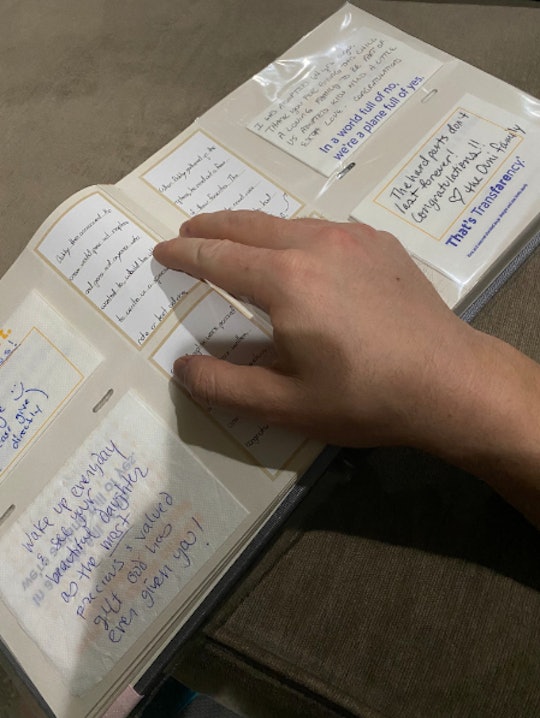 Bringing a baby on a plane can be daunting, particularly if you're first-time parents, but every once in a while something magical happens in the air. It happened to Dustin and Caren Moore when an airplane full of strangers threw them a baby shower as they made their way home with their adopted little girl.

Earlier this month, Dustin Moore took to Twitter to share his tale of surprising kindness he and his wife experienced on a recent Southwest Airlines flight and were cared for by two flight attendants named Jenny and Bobby. It all started when their brand new baby girl needed a diaper change, as Dustin explained in a viral Twitter thread, and Jenny cleared some space for them.

The new parents shared their adoption story with Jenny and she then came up with an idea: after leaving the new parents to their business, flight attendant Bobby took to the intercom to congratulate the couple on their new baby and asked the rest of the passengers to do the same. "She’s just been adopted by her parents Caren and Dustin, and is making her way home," Bobby said over the intercom. At which point, as Dustin wrote, "the entire cabin erupted in cheers and applause."

This would have already been enough to make a person cry, but it gets better.

Dustin explained on Twitter that the crew passed out pens and napkins for people to share messages with the new parents with "words of advice or encouragement," and people actually did it. Jenny and Bobby gathered up the napkins with words of advice like "Rub each other's feet, and rub the baby's feet," and "Make time for date night."

When Dustin and Caren were given the napkins there were 60 in total along with a set of pilot wings for their baby girl, which they eventually turned into a little book. But more than that, the new parents carried the unexpected kindness with them.

Dustin tells Romper that this experience taught him a valuable lesson about how to offer kindness, because the flight attendants "didn’t wait for a prompt to do something kind for us — they saw an opportunity, they had the ability, so they jumped at the advantage."

The new parents also met another person who had been adopted on the flight who managed to impart some comfort to the nervous new parents, someone who was 64 and said how grateful they were to have been adopted themselves, "To me, that was somewhat of a vision of the future for what I wanted," Dustin tells Romper. "That at some future day, our precious daughter would be out amongst strangers, and see a couple with a newly adopted child, and tell them something similar."