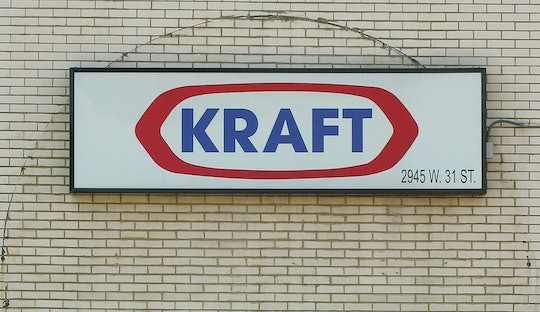 As the partial federal shutdown continues, many government employees are facing their first whole month without a paycheck. Luckily, companies, organizations, and individuals are stepping in to do what they can for strapped workers. And the news that Kraft is opening a grocery store to aid federal workers during the government shutdown is the latest installment in what groups are doing in an effort to pitch in.

As People reported, the makers of such family faves as boxed macaroni and cheese plans to do its part to help out workers stranded by the current government stalemate. A pop-up store will be open Jan. 16 through Jan. 20 in the capital, near D.C.'s Union Market, Kraft noted in a press release.

Current federal workers who bring their government ID with them will be able to shop and take home a bag full of Kraft products to help ensure that dinner still happens, even while they're not being paid, the company noted.

In return, Kraft asks workers (if they can) to donate to the charity of their choice or to help out someone in need once they are able to do so, with an initiative called, "Kraft Now Pay Later."

"During the government shutdown, parents should not have to worry about putting dinner on the table because they aren’t receiving a paycheck," Sergio Eleuterio, the company's head of marketing, said in a statement. "Kraft stands for families and we want to support the families who have built our brands."

Many federal employees are pondering how to move forward now that the shutdown has continued to drag on. The shutdown, stemming from President Trump's demand for political cooperation for his border wall, as noted by the Wall Street Journal, is not favored by the majority of Americans, according to polls from the Washington Post and Quinnipiac.

Popular brand items including Kraft Mac & Cheese, Kraft Natural Cheese, Kraft Singles, Kraft Salad Dressings, Kraft Mayo, and Kraft BBQ sauce will be available for free for those who are able to shop at the store, Kraft noted in a press release.

And hopefully, a good number of federal employees who need a bit of help can make it to the pop-up shop, since there are many affected workers based in the Beltway; the New York Times reported that about 800,000 workers are affected in total. A lot of people in commuting distance of the White House must be pretty worried right now about making ends meet, as CNBC reported that the D.C. area is especially affected by the government shutdown, which probably isn't all that surprising.

Thankfully, other local restaurants and bars are joining the effort, according to the website DCist, which noted that the Capitol Area Food Bank is also offering free groceries to those furloughed.

Food and Wine magazine noted that in other cities, including Indianapolis, restaurateurs have posted on social media that their establishments are open to government workers who aren't working (or being paid) and need a meal.

Hopefully, this will all come to an end soon. In the meantime, at least there are some generous acts and deeds out there. The national mood needs a little cheer, after all.