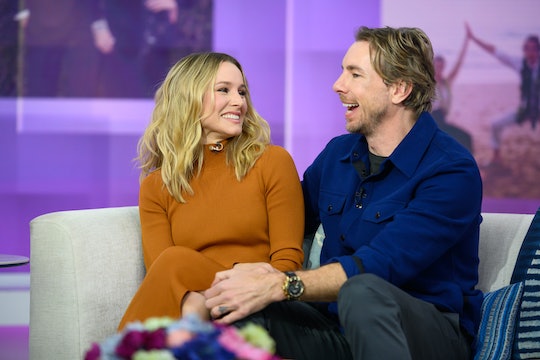 Kristen Bell Revealed A Fight With Dax Shepard Got So Intense, They "Blacked Out"

Though they're often lauded as #relationshipgoals, Kristen Bell and Dax Shepard have not hidden the fact that, like all marriages, theirs isn't just rainbows and smiles all the time. In fact, just recently Bell talked about a fight she had with Shepard that got so intense, it saw them both "blacking out."

Bell and Shepard have been married for six years (but together for 13 years) and have two daughters together, 6-year-old Lincoln and 5-year-old Delta. Over the years, they've both dealt with careers on the rise and living with public scrutiny while also trying to figure out how to be a family together. And yes, as the Veronica Mars actress told actor Justin Long in a recent interview on his podcast Life Is Short With Justin Long, sometimes they fight. And not just cute little bickering either.

During the episode that aired on Jan. 28, Bell recounted a fight she had with her husband recently that escalated to a point where she was "top of the lungs screaming." The fight was apparently "about things around the house that I felt I needed help with." She said, "We have a relationship where you are supposed to be able to say I need your help with this."

According to Bell, who admitted she was only telling her side of the story, she asked Shepard to do a few household chores in a note that left him feeling "controlled." Things apparently spiraled pretty quickly from there, to a point where they both sort of "blacked out."

"I don't actually remember what happened, but what transpired was a lot of volume, a lot of harsh words being thrown around, and it was an angry, angry fight about how nobody does anything for anybody else," Bell told Long. "I grabbed my pillow and I stomped down the hall and I sleep in the front room and I'm crying."

They didn't speak to each other for three days after that.

And if you think the couple managed to move past their problems with couple's counseling or even just a deep conversation about meeting each other's needs, think again.

Bell told Long that she brought home a rescue dog named Frank and they never discussed the fight again, but Shepard did start helping out with the housework, apparently. So something good came out of their fight.

Beyond rescue dogs, Bell and Shepard have been open about the work that goes into their marriage. For instance, in 2017, Shepard told Us Weekly they had sought out couples' therapy in an effort to "coexist" more peacefully.

Kristen Bell and Dax Shepard are an adorable couple, there's no doubt about that. But they're also refreshingly honest about the fact that the "perfect couple" doesn't really exist and they too sometimes have intense fights, just like the rest of us.