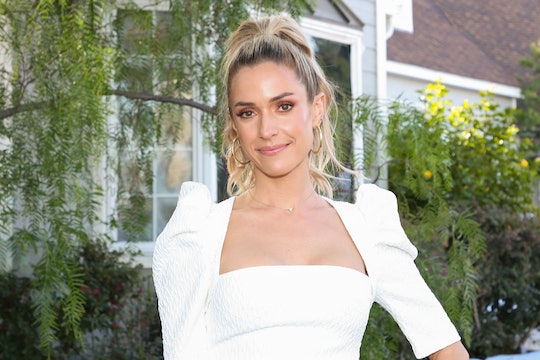 Kristin Cavallari's Backyard Fireworks Were "Pure Joy" For Her Kids

It's a weird world we're living in, and the arrival of Fourth of July weekend is making it even weirder. In pre-pandemic days, the fact that July 4th lands on a Saturday would mean a huge celebration across the country. Now, people are trying to be careful (hopefully) by downsizing their get-togethers. And in the case of Kristin Cavallari's backyard fireworks with her kids, sometimes these smaller celebrations can illicit "pure joy."

The Laguna Beach star is mom to three kids: 7-year-old son Camden, 6-year-old son Jaxon, and 4-year-old daughter Saylor, all with ex-husband Jay Cutler. As with the rest of the country, Cavallari has had to come up with a way to celebrate Independence Day while also avoiding large crowds and practicing physical distancing as recommended by the CDC. There's also the small issue that most public fireworks displays across the country have been canceled in an effort to stop the spread of COVID-19, but don't worry. Cavallari found a solution that worked for her family, as People reported.

On Thursday night she took to her own backyard to set off some fireworks that left her kids pretty excited. As she noted in a Friday Instagram post, her kids reacted with "just pure joy."

While the fireworks look like fun, hopefully Cavallari took some of the recommended safety precautions laid out by the National Safety Council before lighting them since backyard fireworks can be awfully dangerous. Things like keeping a bucket of water nearby, making sure children never come into contact with the fireworks, and avoiding any drug or alcohol use during the fireworks.

This Fourth of July was a big one for the Very Cavallari star, as it marks her first one in 10 years as a single woman. In April she and Cutler announced that they would be getting a divorce after a decade together, with Cavallari writing on Instagram, "We have nothing but love and respect for one another and are deeply grateful for the years shared, memories made, and the children we are so proud of."

Kristin Cavallari's July 4th fireworks in the backyard with the kids in their pajamas looks kind of ideal. It also looks like a mom who is newly separated and trying to find her own way of moving forward.