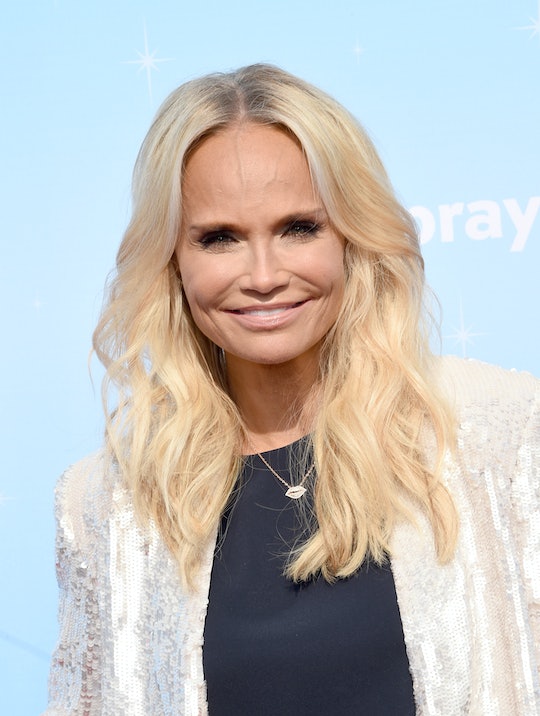 It's hard to remember a time when being adopted was treated like a guilty secret. There was a time when children didn't like to tell people they were adopted for fear of being judged, being ostracized, being made to feel different. We've come a long way since then... or so I thought. In a personal essay for Huffington Post, singer and actress Kristin Chenoweth insisted that adopted kids weren't abandoned, and used her own experience to remind people there is no room for judgment out there.

As an adopted child herself, Chenoweth was deeply affected by the movie Lion, the true story of a 5-year-old boy (named Saroo Brierly) who is lost on a train, and left to fend for himself on the streets of Calcutta before becoming adopted by an Australian family. Over two decades later, the young boy goes back to find his birth family, using Google Earth. Chenoweth identified with the story, especially with Saroo as an adult. She wrote:

On the one hand, you share the unconditional love for your parents that they have for you, not to mention eternal gratitude for the life they’ve given you. But as Saroo shows, there’s often a lingering thought about where you came from.

Chenoweth wrote about the often conflicting emotions that are part and parcel of being an adopted child, the DNA vs. environment struggle that can be difficult for some people to understand:

We all yearn for our truth; who we are, where we come from, maybe where we get certain quirks or talents (for me I long wondered where my voice came from since my mother very well knows it was not from her). But finding those truths is the most personal of journeys, coming to each of us at different times and in different ways. On top of that, there’s always a part of you that worries this is somehow a betrayal as if your parents and your life are not enough.

Chenoweth was raised to understand that her birth mother "loved me so much that she wanted to give me a better life." In a 2015 blog posting Chenoweth wrote for People to honor National Adoption Day, she said her parents (who adopted her when she was just 1 week old) always explained that they chose her. To that effect, she wrote to remind other adoptees:

We weren’t abandoned; we were chosen. We were given a chance. I’m not saying it’s not hard or that it’s easy for people to understand. But it really isn’t for the world to understand; it’s for the people who are involved.

And that is, perhaps, the most important lesson Chenoweth is so elegantly imparting; don't assume that a child was abandoned, just because they were adopted. Hope they are loved, and know that they were chosen. Because it's not up to anyone else to define what an adopted child's life or love looks like... as Chenoweth said, it's "for the people who are involved."